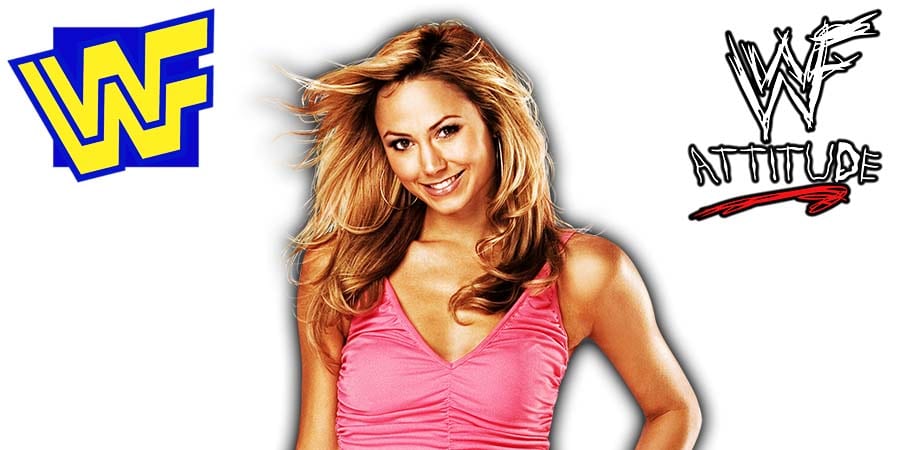 – The Bushwhackers vs. Tom Stone & The Black Demon

– The Legion Of Doom vs. Mike Shelton & Tony Burton

She was originally a Nitro Girl named Skye, and eventually became an on-screen valet on WCW TV named Miss Hancock, managing ‘Standards and Practices’ as well as dating Ric Flair’s son David Flair, both in real life and in a television storyline.

She stayed with the promotion (now known as WWE) till 2006, but later received world wide media exposure, when she dated famous Hollywood Legend George Clooney between July 2011 and July 2013.

On the occasion of Stacy’s birthday, let’s take a look at Stacy seducing Torrie during a WWE segment below: