16. Jinder Mahal Reveals Who He Needs To Defeat To Solidify His Image As WWE Champion

During a recent interview with USA Today’s “For The Win” section, WWE Champion Jinder Mahal talked about his “New American Dream” promo, who he needs to beat to solidify his image as WWE Champion & more. Below are the highlights:

On who he needs to defeat in order to solidify his image as WWE Champion:

“I see Randy and A.J. Styles as opponents, but I’m hoping for Cena when he gets back from hiatus. I know some people don’t see me as championship material. I haven’t fully gotten their confidence. Beating someone like Cena would solidify me in their eyes as champion.” 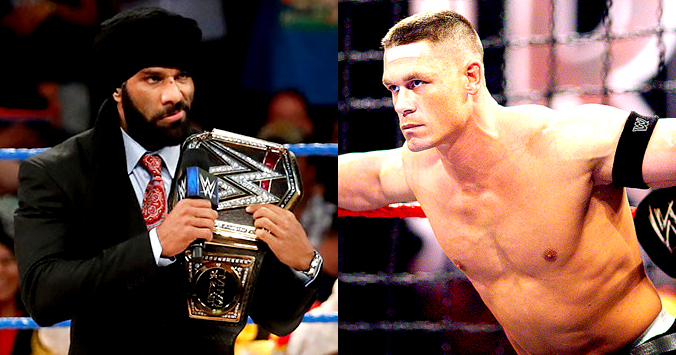 On his “New American Dream” promo on Talking Smack:

“Nobody told me to say that and nobody told me not to say it. It was just how I felt. I am the new American Dream because I have worked so hard to get to where I am. Many people don’t give me the credit I deserve. No one in WWE is out-dieting me, no one is out-training me. It shouldn’t be a surprise that I’m the WWE Champion. Simply put, I am working the hardest.

I could say that again. It’s something I just believe. I enjoy being on Talking Smack. It’s an open forum. But literally not one person said, don’t say that again.”