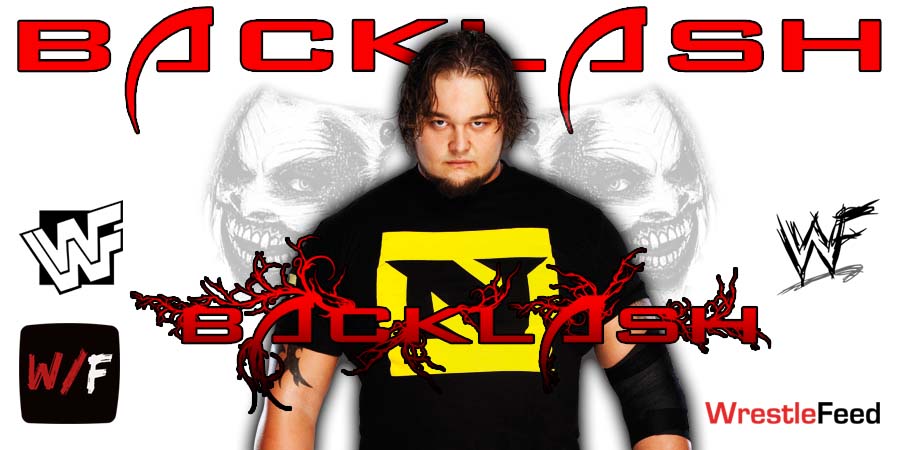 During this match, a kid in the front row was wearing The Fiend mask.

This led to Pat McAfee saying the following on commentary:

“Is that The Fiend in the front row?”

You can hear it below:

"IS THAT THE FIEND IN THE FRONT ROW?!" BRO PAT MCAFEE IS THE BEST LMAOO #WMBacklash pic.twitter.com/HWKHODJwyn

This mention shocked many fans, since Bray Wyatt was released from WWE last year.

The Fiend began trending on Twitter after this mention.

It was broadcasted from the World Dome in St. Louis, Missouri and featured matches, interviews & segments on the road to the ‘WCW The Great American Bash 2000’ PPV.

– Kronic vs. Harlem Heat vs. The Mamalukes vs. Harris Boys