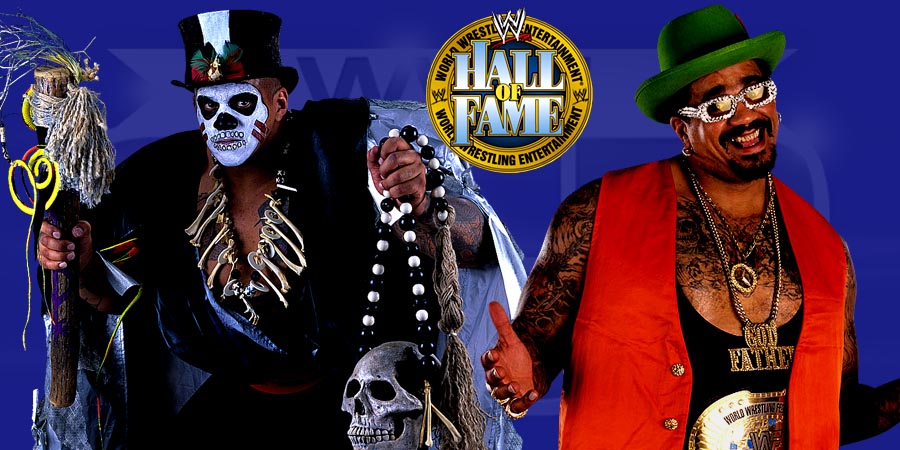 The Godfather will be inducted into the WWE Hall of Fame Class of 2016, the night before WrestleMania 32. The only other name confirmed till now for this year’s Hall of Fame is Sting. WWE.com posted the following regardind the induction:

It ain’t easy being The Godfather. But after a long career, the highly entertaining Superstar will receive sports-entertainment’s biggest honor. He is the latest inductee in the WWE Hall of Fame’s Class of 2016. JBL and 2012 inductee Ron Simmons will be on hand to induct him.

Remembered most to WWE audiences as a fun-loving staple of the Attitude Era, The Godfather’s journey to the Hall of Fame was certainly one wild train ride.

In the late ‘90s he was most recognizable for being the muscle of The Nation of Domination, but as that group began to slowly disband, The Godfather seemingly began to have more and more women accompany him to ringside every week.

This trend continued after The Nation officially split and The Godfather quickly transitioned into one of the WWE Universe’s most beloved Superstars, both for his attractive supporting cast and for his enigmatic charisma and charm.

The Godfather went on to have memorable interactions with everyone from Mark Henry to Triple H as the Monday Night War raged on. The Godfather’s unique persona and lovely ladies were a key ingredient in giving WWE, and the Attitude Era specifically, a very distinct flavor and feel. From his colorful outfits, to memorable theme song, entourage of gorgeous ladies and hard-hitting offense, The Godfather never failed to make an impression.

The Godfather captured the Intercontinental Championship as a singles competitor, as well as the World Tag Team Championship, though he underwent a personality change in the process. For a brief period of time in the early 2000s, The Godfather ditched his upbeat, controversial persona, to join the ultra-conservative Right to Censor, taking on the name of The Goodfather. This metamorphosis would not last for long, though, and The Godfather would soon return in spectacular fashion.

Even today, The Godfather and his massive following of beautiful women still pop up on WWE television from time-to-time. It may be infrequent, but when it does happen, one thing is certain, the WWE Universe gleefully cheers, “All aboard!”

Don’t miss The Godfather’s train pull into the WWE Hall of Fame on the eve of WrestleMania 32, Saturday, April 2!