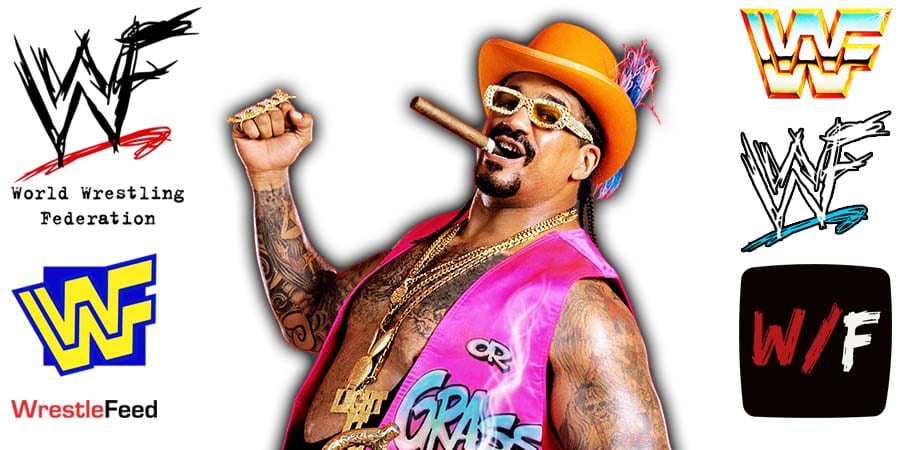 • The Godfather Got In The Business By Attacking A Wrestling Legend

On a recent episode of his weekly ‘Story Time With Dutch Mantell’ podcast, former WWF/WWE manager Zeb Colter told an interesting story about an incident that got WWE Hall of Famer The Godfather (fka Papa Shango) in the professional wrestling business.

Here’s what Dutch Mantell had to say:

And he said he went to a (Las) Vegas show and here comes Brody (yelling) and [Godfather] said ‘I stood in front of him and he would (yell) back at me’ and he said ‘then we just locked up and they pulled us apart’.

And he said ‘That’s what got me in wrestling. And they noticed me!’. And that’s how he got started in pro wrestling, cause he took on Brody. He was a tough son of a gun.

There was a fight, a legitimate fight I guess.”

Bruiser Brody was a feared 6-foot-8, 300 lbs Hardcore Wrestler, who wrestled from 1974 until 1988, way before the term ‘Hardcore Wrestling’ even existed.

On July 17th 1988, he was murdered in a wrestling locker room in Bayamón, Puerto Rico before a match, an infamous incident that was covered in detail on a season 1 episode of VICE’s Dark Side of the Ring show.