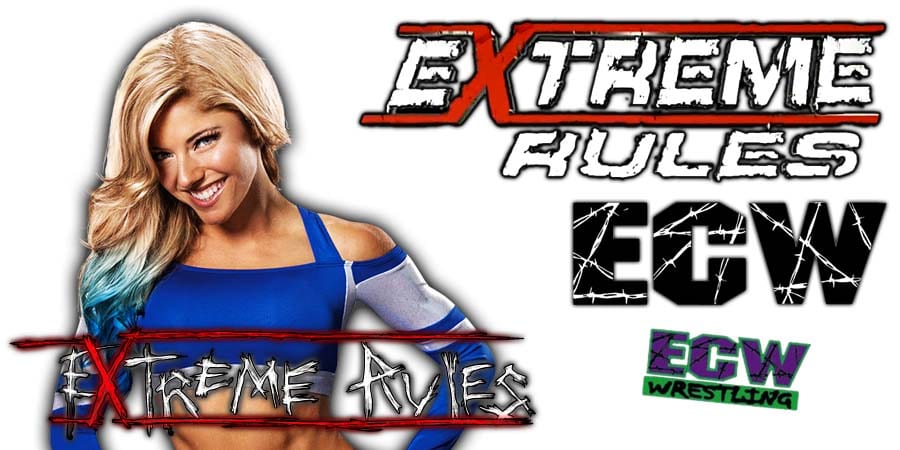 Up next is the main event of the evening and it is a Wyatt Swamp Fight. The Universal Championship will NOT be on the line in this match.

The match begins and Bray Wyatt traps Braun Strowman in a chair and gets him bit by a snake.

Strowman then fights with a man and sets him on fire. Then a woman from behind calls Braun, and she’s Alexa Bliss!

Alexa tells Braun to come to her and they’ll be together forever. Braun goes to her, but she changes into Wyatt and Wyatt attacks him.

After this, they fight in the Swamp. The Fiend shows up out of nowhere and pulls Strowman in the Swamp to win.