On April 11, 2021, Night 2 of WrestleMania 37 took place at the Raymond James Stadium in Tampa, Florida.

The most dominant pinfall finish in WrestleMania history took place in the main event, when Roman Reigns pinned former World Champions Edge and Daniel Bryan at the same time. 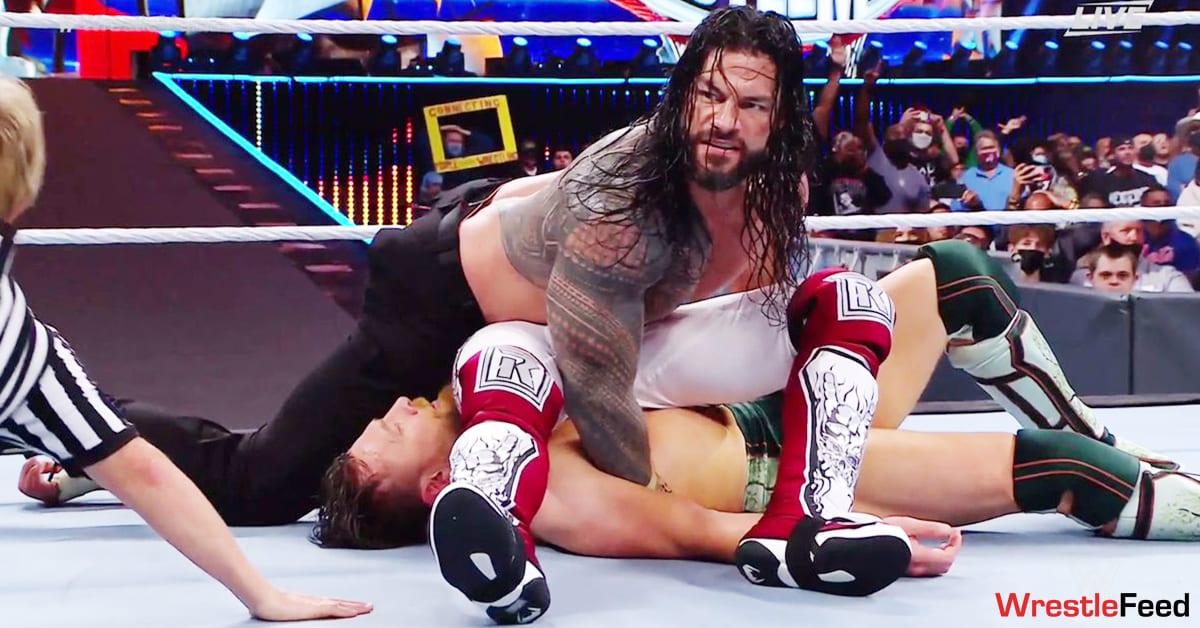 After his dominating victory, Reigns appeared on the WWE Watch Along livestream after WrestleMania 37 went off the air and said the following:

A million dollars of pyro – pow, pow, pow. Just like I called it. And still. Now it’s time. Paul, what time is it?”

Paul Heyman then said the following:

Reigns then looked at the camera and said, ‘Acknowledge Me’.

With his loss in the main event, Edge (who won the Men’s Royal Rumble 2021 match) became the only two-time Royal Rumble winner to lose both of his World Title WrestleMania matches that were earned through the Rumble victories.

Edge won his first Royal Rumble in 2010 and went on to face Chris Jericho for the World Heavyweight Championship at WrestleMania 26 and lost.

In ECW he won 3 Tag Team Championships, 2 with Spike Dudley and 1 with Masato Tanaka.