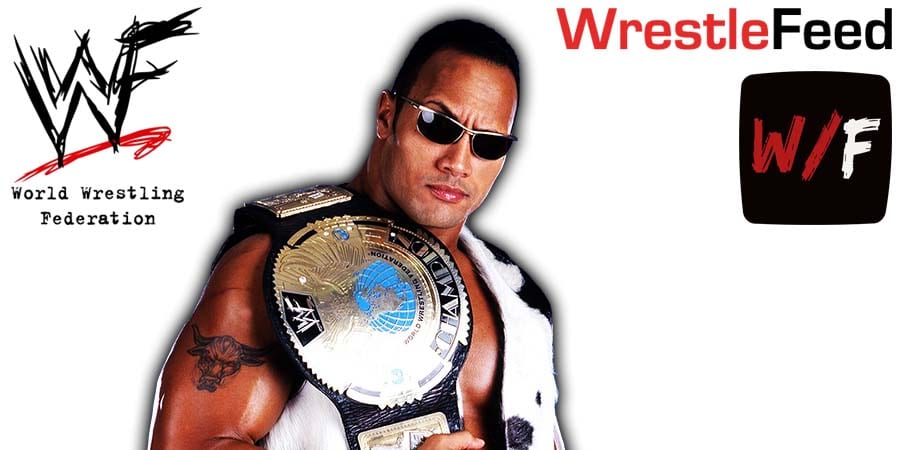 Todd Champion’s biggest claim to fame was teaming up with Firebreaker Chip as ‘The Patriots’ (sometimes called ‘WCW Patriots’) in Ted Turner’s World Championship Wrestling during the early 90s, and winning the WCW United States Tag Team Championship in 1991.

• The Rock & His Family Tested Positive For COVID-19

WWF Legend, famous Hollywood star and also the owner of XFL, Dwayne “The Rock” Johnson, took to Instagram today to reveal that he and some members of his family tested positive for COVID-19, and are recovering from it now.

His wife, Lauren Hashian, and his daughters, 2-year old Tiana and 4-year old Jasmine, tested positive for the virus.

The Great One revealed that they are no longer contagious and are doing better. They are currently in the recovery stage and are on the “other end” of the virus.

The Rock added that they caught it from family friends, who they “love and trust”. He said that his friends are devastated over what happened, and have no idea where they got it from.

It was also noted that Rock and his family have been under quarantine for months, and he has not worked while recovering from the virus.

Be strict about having people over your house or gatherings.

And care for your fellow human beings.

Stay disciplined. Boost your immune system. Commit to wellness. Wear your mask. Protect your family. Be strict about having people over your house or gatherings. Stay positive. And care for your fellow human beings. Stay healthy, my friends. DJ ? #controlthecontrollables