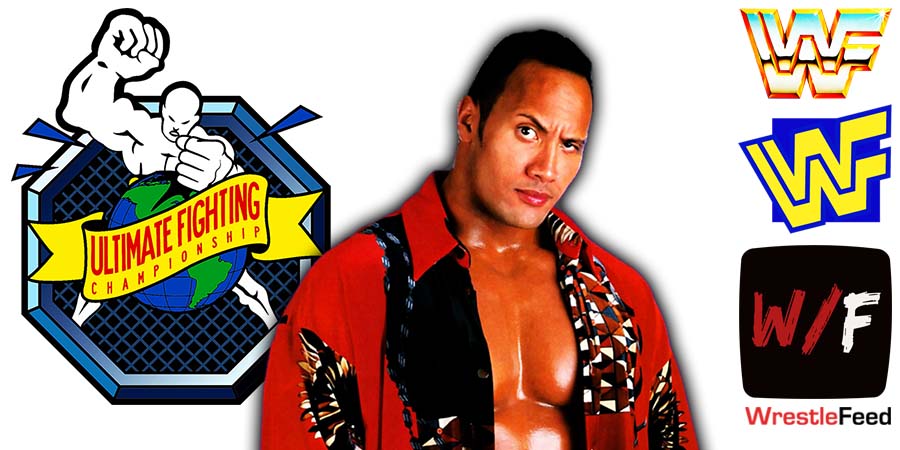 The Rock’s athletic-label Project Rock has become the official global footwear partner of the UFC.

This partnership kicked off at the UFC 270 pay-per-view.

During an interview on UFC Live on ABC, The Rock revealed that he considered doing MMA many years ago, but is glad he didn’t.

Below is what he had to say regarding what would’ve happened to him inside the Octagon and the Francis Ngannou vs. Ciryl Gane fight:

This is a very unique match-up here, with two very unique individuals. I think a win here for either one will start to establish their legacy.

I think for me I’ll go back as a fan, and someone who has never competed in the Octagon, though I would have loved to many, many moons ago, although I would’ve got my face smashed in and I like my jaw where it’s at.”

The Rock then took to Instagram to reveal that he considered leaving the WWF in 1997 to go to Japan to train for an MMA career in Pride Fighting Championships.

Below is what The Great One wrote:

“It’s been fun for journalist to dream up the scenarios if I had competed in UFC instead of a career in WWE.

But I realized very quickly, how much I actually hate being punched in the kisser. 🤜🏾 🤣 “