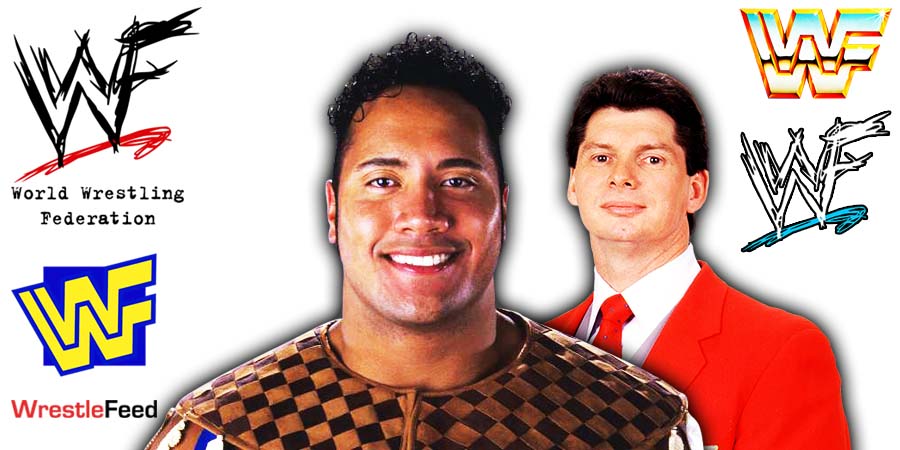 To promote the Season Finale of Season 2 of Young Rock, WWF Legend The Rock wrote on Instagram about meeting Vince McMahon after wrestling his 1st match and what the owner of the World Wrestling Federation said to him.

Below is what The Great One posted:

“My very first ‘sit down’ with WWE Chairman Vince McMahon, I was 25yrs old and had $7 bucks in my pocket.

After my very first match ever, Vince flew me to Stamford to say ‘you got a lot of potential kid, but you’re not ready for the big leagues of the WWE. I’m sending you to Memphis. Go learn the business. Learn how to work and learn how to talk on the mic 🎤…’

I looked him in the eyes and said, ‘Yes sir. Thank you Vince for this opportunity. I just want one shot.’

Over the years, Vince and I have done big business together, generating a lot of box office.

Every deal with Vince has always been closed with looking him in the eyes and shaking hands.

My handshake means everything to me. It’s my word, my currency and its just as good as my signature.

Thank you Vince for the early guidance, mentorship and seeing the potential in that mom jean wearing, bad haircut having punk kid.”

Also Read: The Rock Has No Movie Commitments On The Road To WrestleMania 39, Could Return To WWE

– The Bushwhackers vs. The Brooklyn Brawler & Dale Wolfe