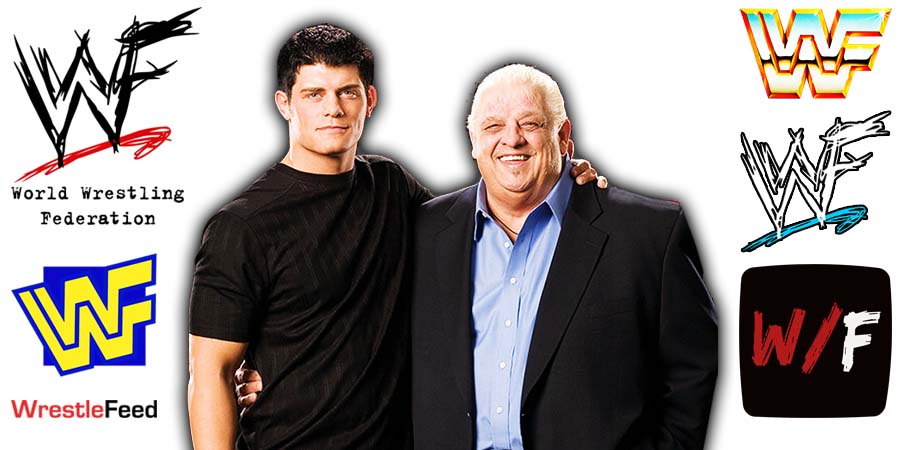 Cody Rhodes debuted in WWE in 2007 and left the company in 2016. He returned to the company earlier this year and is a top babyface now.

During an interview with Sports Illustrated, WWE Hall Of Famer The Undertaker had the following to say about Cody’s current ‘The American Nightmare’ character:

“From his first trip in, to where he is now, Cody has a much better grasp of who he is.

It’s great to be part of a legacy in the business. Cody’s dad is one of the all-time greats. That also makes it very tough for people like Cody, Dustin and Charlotte Flair.

It takes a minute to figure out who you are. No one can be Dusty. Naturally, though, you fall into that trap of trying to be like him.

The first time Cody came through, he was trying to figure out who he was. Now he knows.

Yes, he keeps the legacy alive. His dad was ‘The American Dream,’ he’s ‘The American Nightmare’. That’s cool how he’s merged that, and he’s pulled a few things from Dusty’s repertoire.

Cody is his own man now, and he believes in himself. I don’t think he did the first time through. Sometimes it takes going away to someplace else, and his time away served him well.”

Back in 2018, during an interview with Inside The Ropes, Cody recalled how Undertaker told him to kick him and dropkick him during the 2008 Royal Rumble match, so that the young Cody can gain some momentum.

Cody said Undertaker became a God to him after that exchange:

“After that, Taker was like God to me. I thought, ‘Everything about this guy is about giving back.’ He really absolutely did not need to do that – plus I stiffed the hell out of him.”