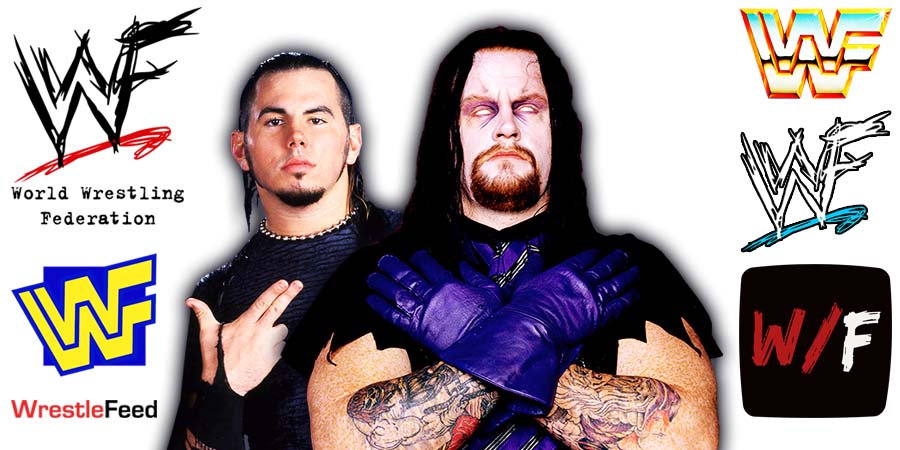 WWE Hall Of Famer The Undertaker sent a video message to congratulated Matt on reaching this milestone.

Here’s what The Deadman said:

“Hey, Matt, it’s Take. Man, I just want to reach out and say congratulations. 30 Years is quite the accomplishment, man. Just really amazing!

I remember when you and your brother (Jeff Hardy) first came in back in the day, a couple of teenagers, and now here you are, 30 years later.

And I just want to reach out and say congratulations. Job well done. You’re a long way from being done.

So, anyway, buddy, I hope you’re doing well, and again, just from the bottom of my heart, congratulations on an amazing 30 years. Take care, see you soon.”

You can watch Undertaker’s video message below:

Also Read: Vince McMahon Told The Undertaker To Stay Away From WWF Legend