Jason used to be a jobber on WWF Television in 1992 and 1993, before becoming a regular member of the Extreme Championship Wrestling roster.

He wrestled for ECW from 1993 till 1999 and then continued to wrestle on the independent scene.

We received word that German Old School Wrestling Legend Peter William (Real name: Peter William Koch) passed away yesterday at the age of 83 after dealing with severe health issues for quite a while.

After his active wrestling career was over, he became the co-promoter of famous European wrestling promotion CWA, as well as one of the German WCW commentators on a network called DSF.

• The Undertaker Jokes About Being “Fragile” At Recent Signing

The Undertaker recently appeared at the Charleston Sports Pub for a Meet & Greet / Signing session and drew a huge crowd.

You can check out a video below:

The @undertaker is in the BUILDINGGGGG!!!! Huge crowds to see the legend himself.

A post shared by Charleston Sports Pub (@charlestonsportspub) on Dec 8, 2018 at 3:12pm PST

An Instagram user posted a video from this event about The Undertaker cracking a joke about being “fragile”.

Below is what the user posted:

“Quick funny story about the beginning of this video. So I was like ‘Taker, can I get a hug?’ He took a couple of seconds to answer and he said ‘What?! You’re not going to hurt me are ya? I’m fragile’. Lmao he was so cool. Plus he rubbed my back after the hug lmao. I’m still hyped asf y’all.” 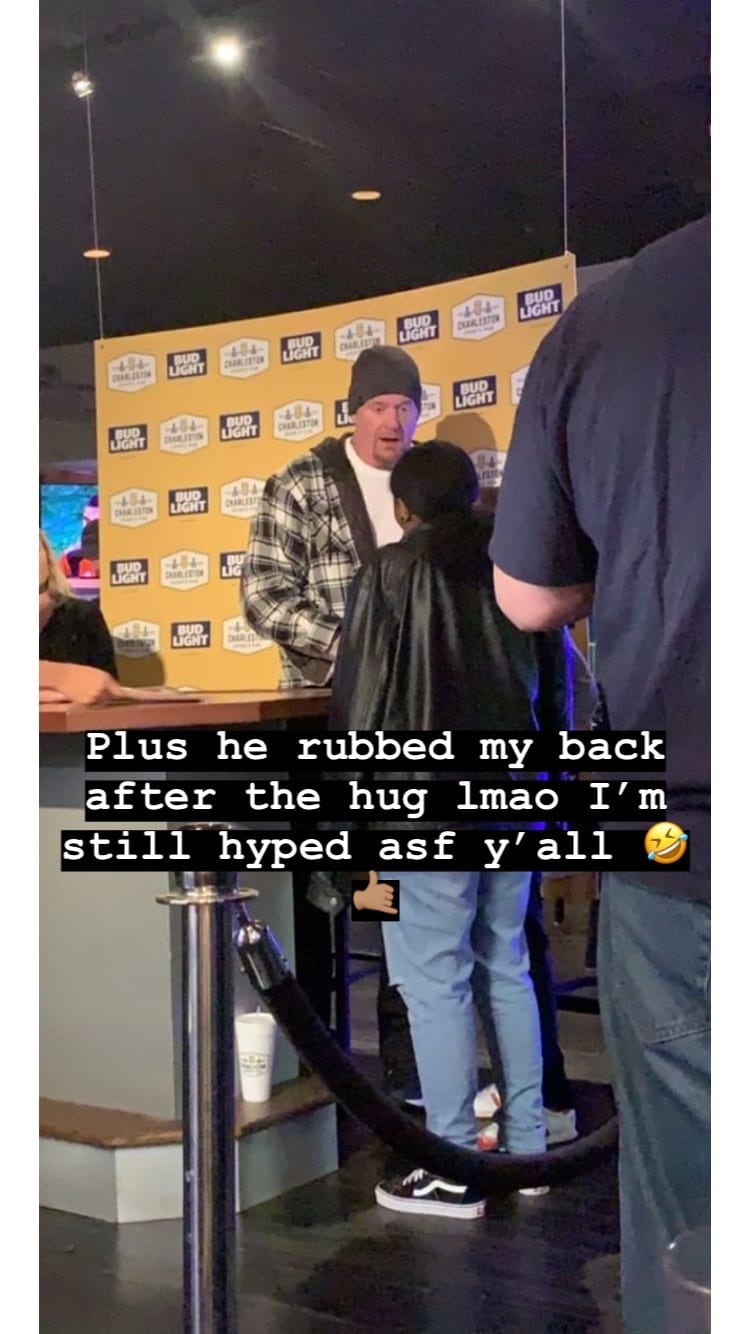 Below are some cool photos of The Undertaker with fans from this meet & greet: 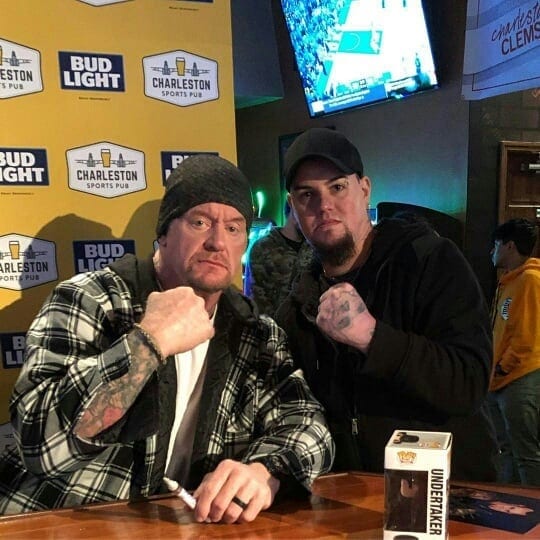 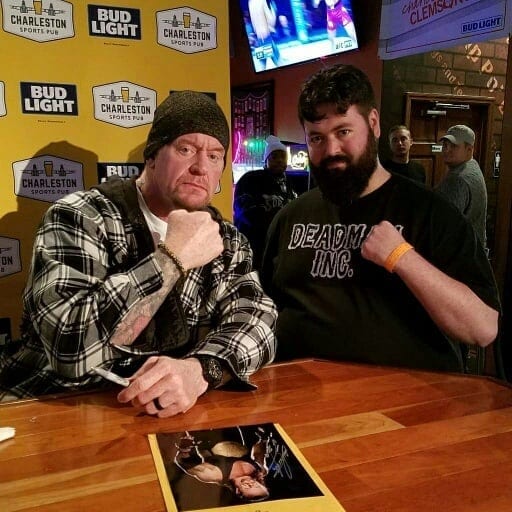 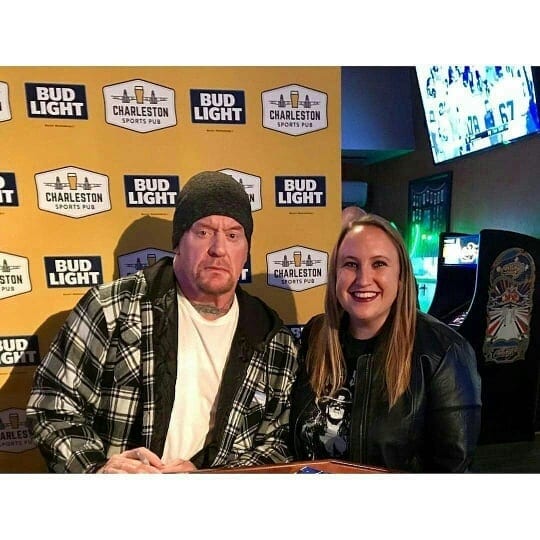 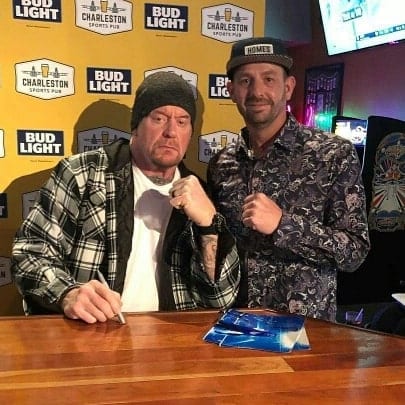 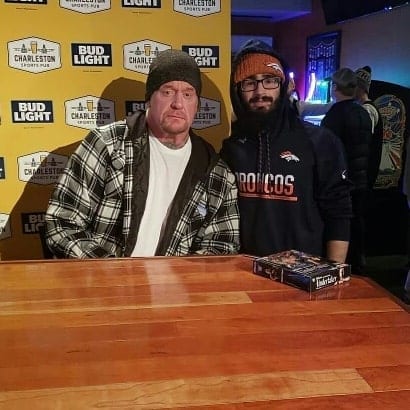 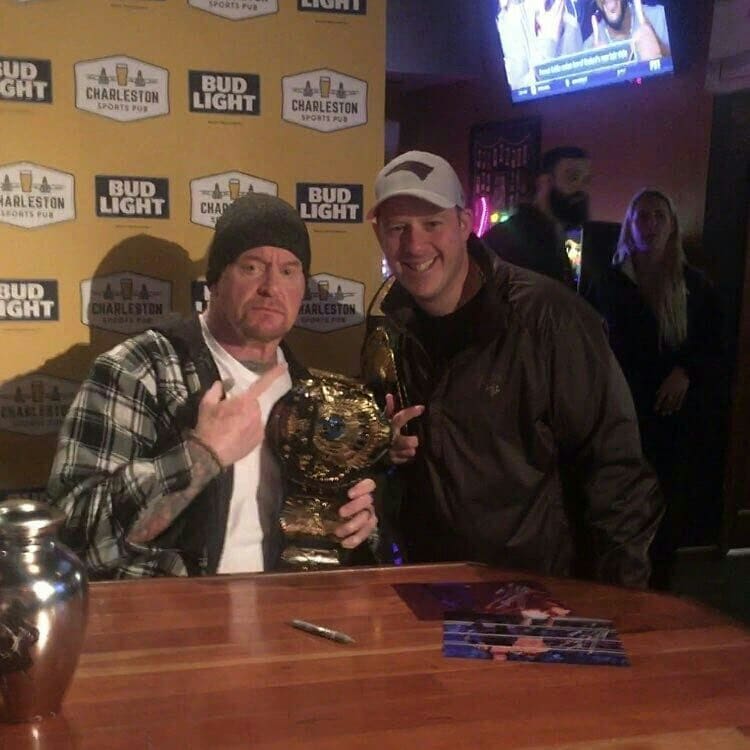 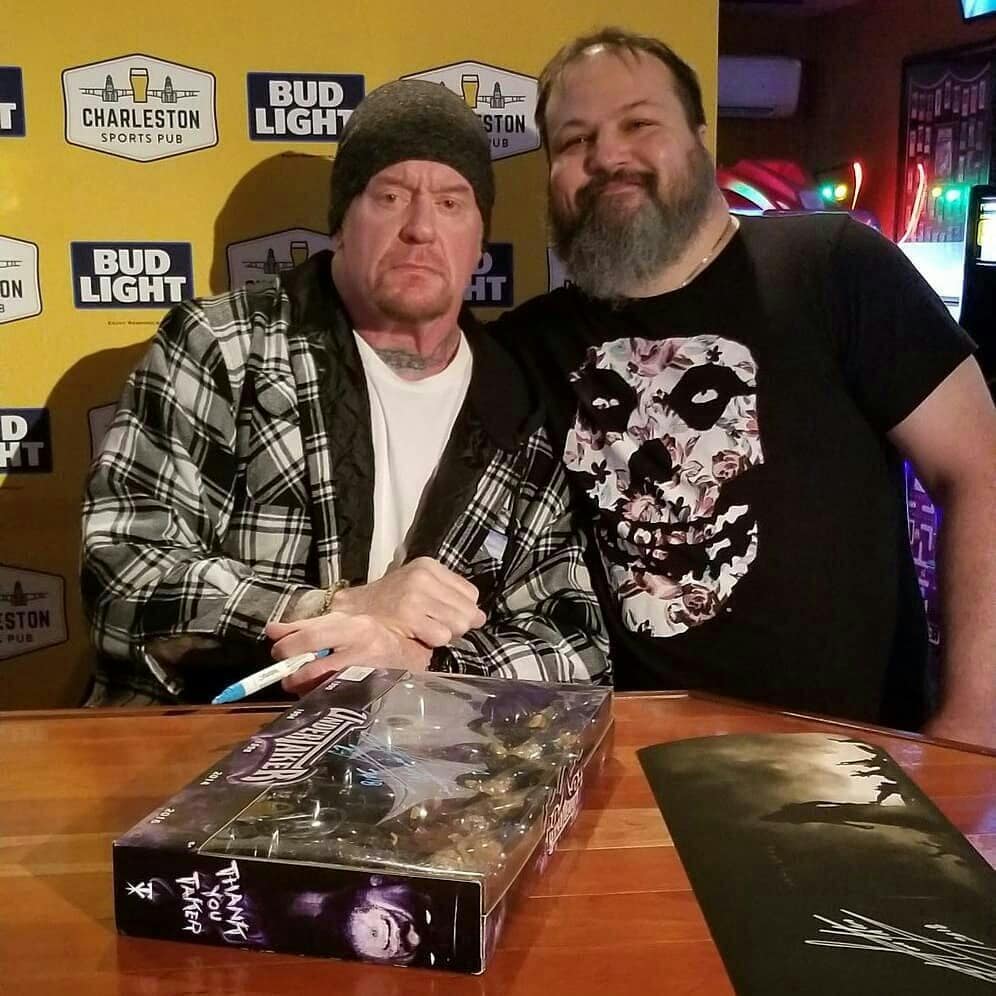 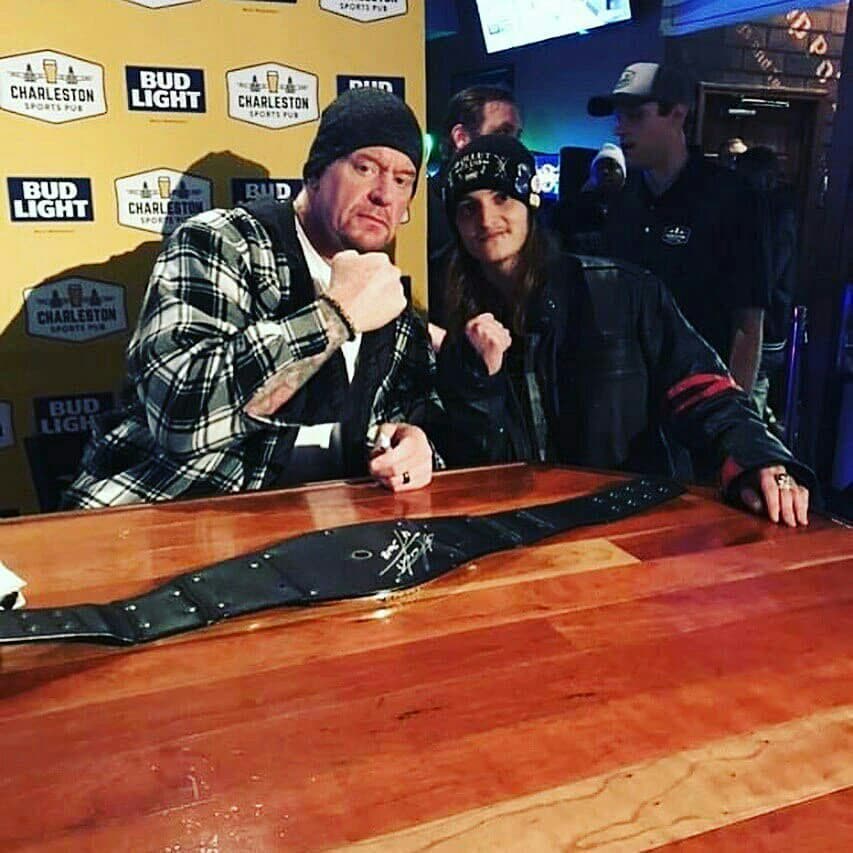 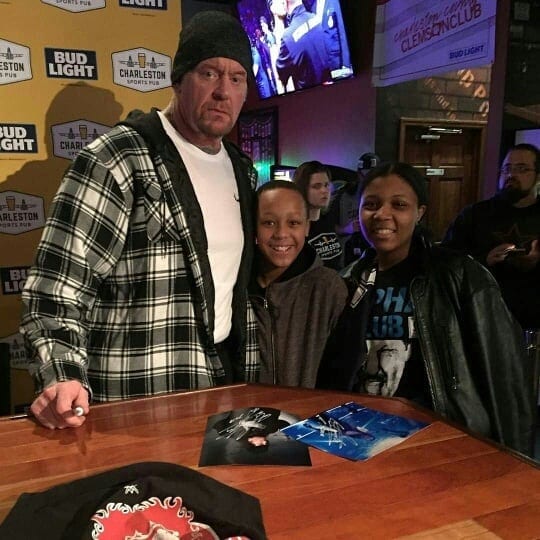 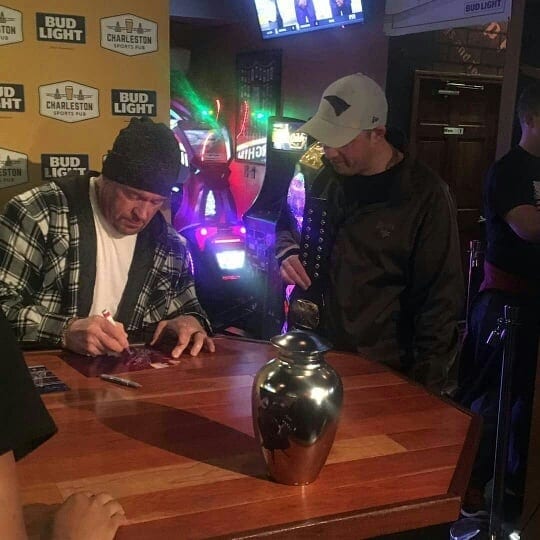 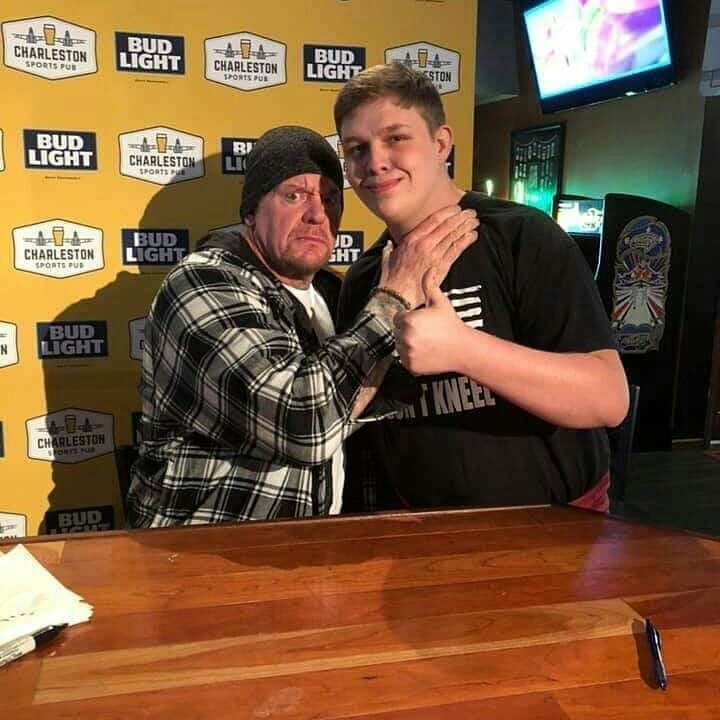 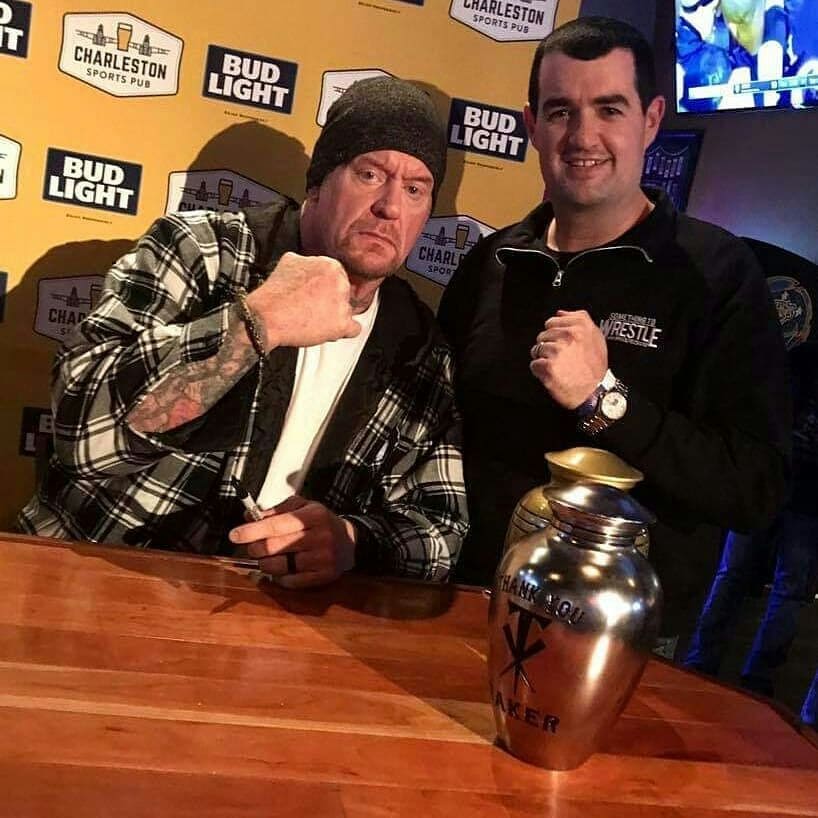 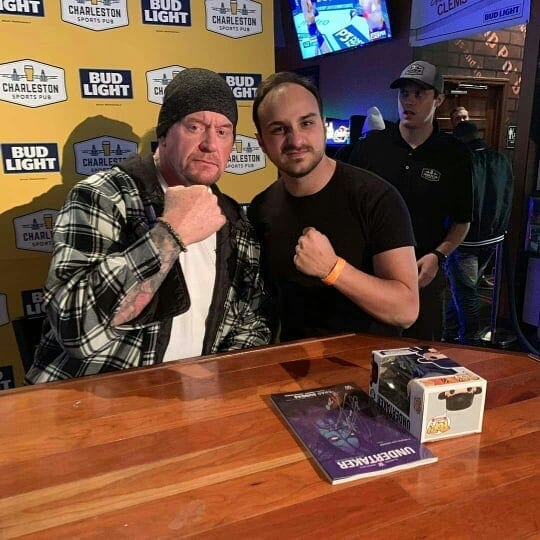 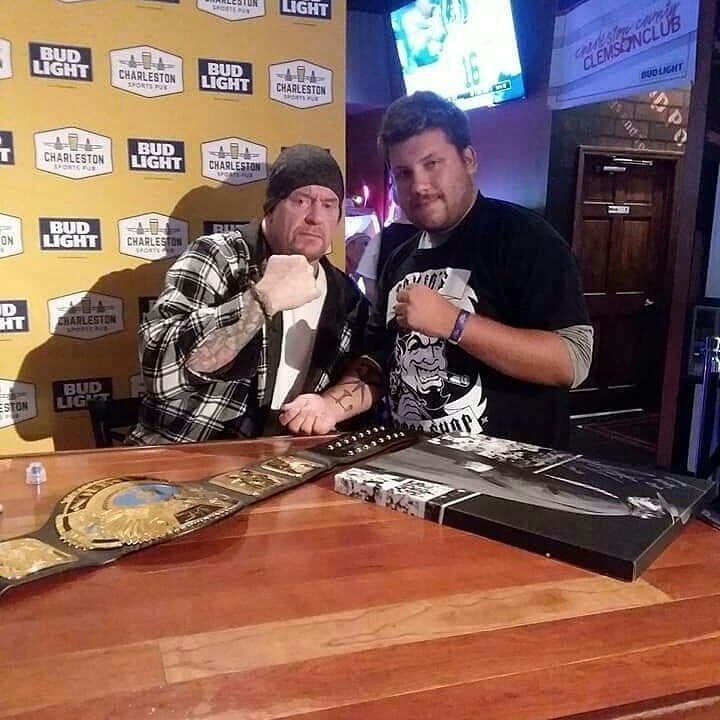 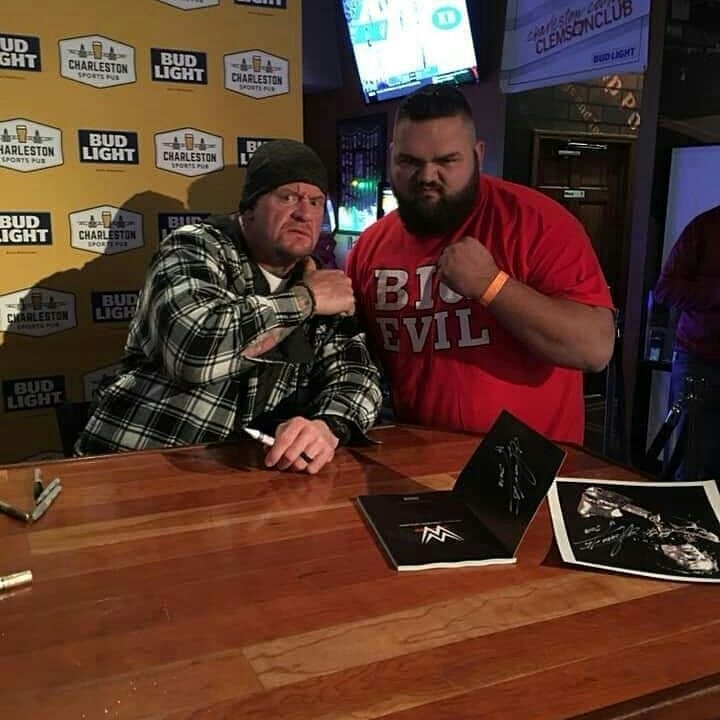 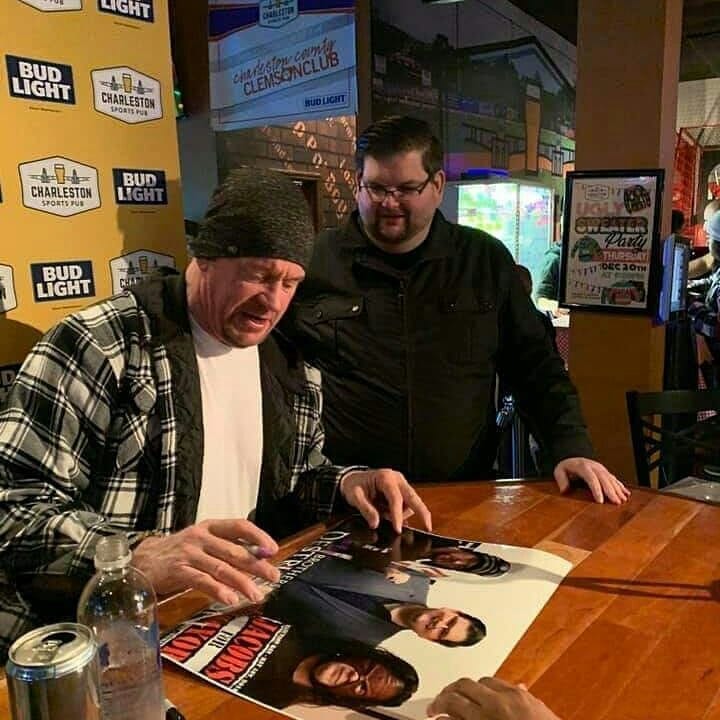