The Undertaker and Braun Strowman are friends in real life. Strowman recently posted a photo of his hairstyle on Instagram and asked people’s thoughts on it.

Undertaker: You really want my thoughts!?!

Strowman: You love it don’t you DeadMan!!!!! 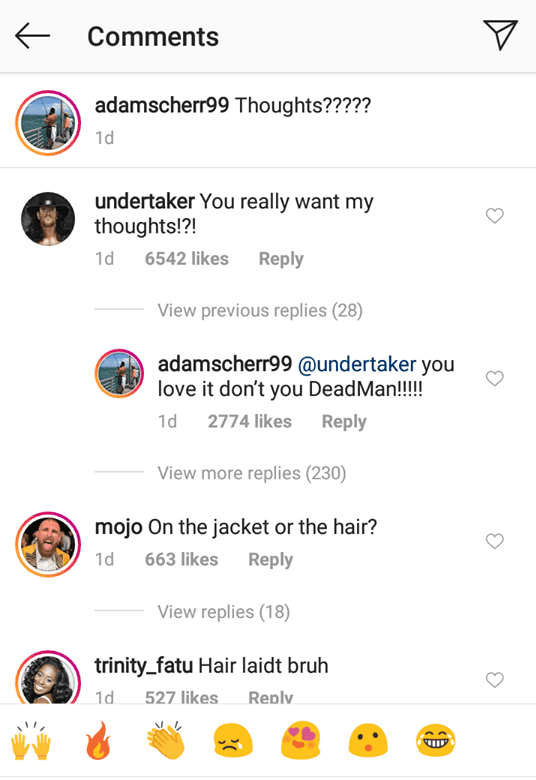 Speaking of Strowman, he was recently interviewed by Express UK and Strowman noted during the interview that he would be open to retiring The Phenom:

“Just the opportunity to share the ring with The Undertaker but maybe be the final hammer to nail the coffin shut at The Deadman, The Monster is up to the challenge.

I don’t know how many more retirement matches he can have. I can put him out to pasture like I did to Big Show.”