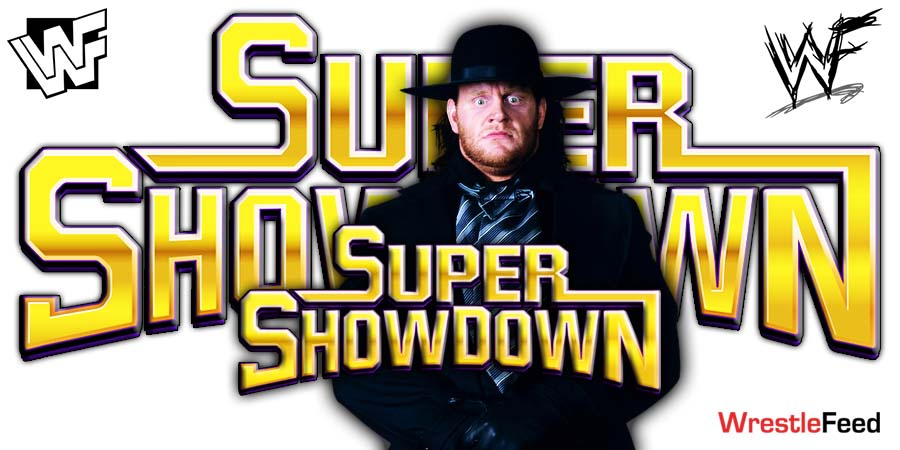 In the main event of WWE Super ShowDown 2019, The Undertaker defeated Goldberg.

This match didn’t go the way anyone would’ve wanted it to.

WWE Hall Of Famer Goldberg suffered a concussion during this match, but continued wrestling.

A few moves were botched and in the end, Undertaker was forced to end the match with an underwhelming Chokeslam.

During an interview on the True Geordie Podcast, The Undertaker talked about the botched Jackhammer from this match.

Taker said his part-time status along with Goldberg’s concussion played a role in that move not being executed properly.

I’m thinking, ‘We gotta pay this off’. Maybe if I was working more often I would have recognized the fact that, ‘Maybe we shouldn’t do that.’ That was one of those instances where two inches, I don’t get up.

It’s one of those things that happened. He’s done that move a million times. I don’t know if he was concussed at that point yet.

Part of that is because I’m not working a full schedule at that point. I’m not kicking on all my cylinders where I can recognize that, ‘Okay, maybe we shouldn’t do this.’”

You can watch this Jackhammer below:

Also Read: Check Out The Gift Undertaker Got From Michelle McCool On His 57th Birthday (Photo)

It was broadcasted from the FedEx Forum in Memphis, Tennessee and featured pre-taped matches, interviews & storyline segments on the road to the ‘WWE WrestleMania 21’ PPV.

– JBL vs. Scotty Too Hotty