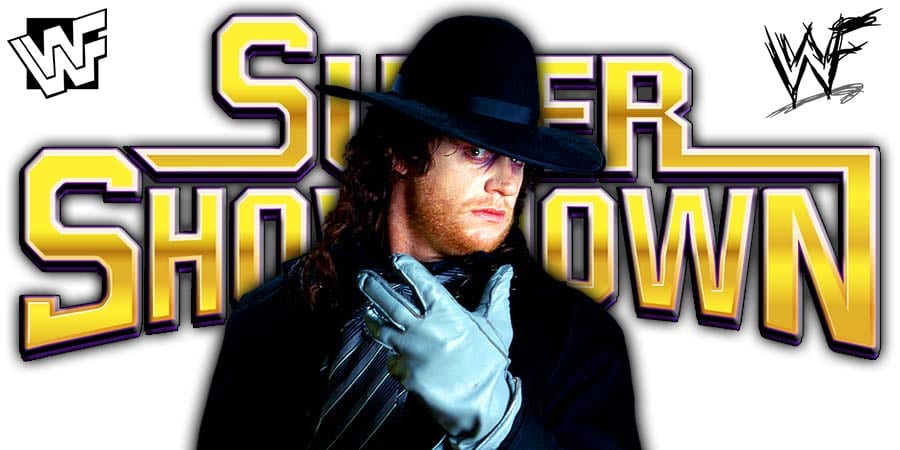 According to the Wrestling Observer, The Undertaker is going to Saudi Arabia with the WWE crew for this Thursday’s WWE Super ShowDown 2020 pay-per-view.

The Undertaker isn’t scheduled for a match/segment at Super ShowDown, so he’ll be there as a surprise for the fans in attendance and will most likely set up his WrestleMania 36 match with AJ Styles.

Styles is currently scheduled to win the Tuwaiq Trophy Gauntlet match at Super ShowDown and be crowned the “King Of All Eras”.

As we noted last night, former 4 time WWE Divas/Women’s Champion Michelle McCool posted a couple of videos of her husband, The Undertaker, having fun with their daughter.

The Undertaker looked in phenomenal shape and you can check it out in the videos below: