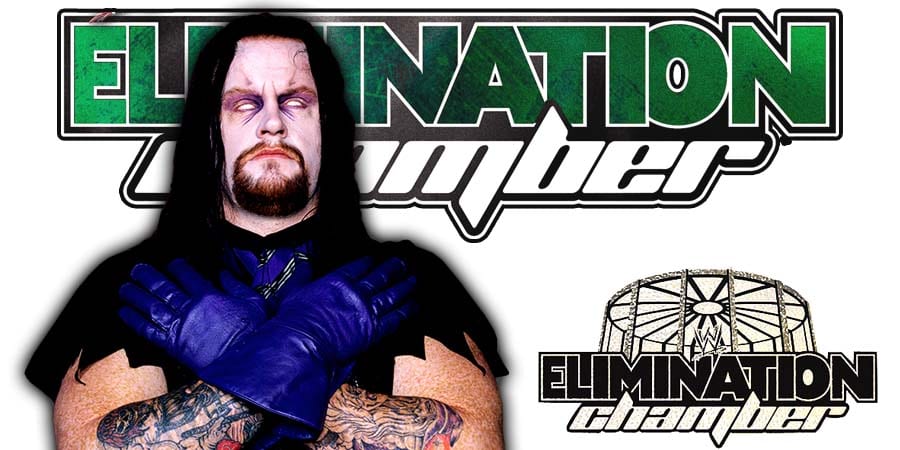 At Elimination Chamber 2010, The Undertaker got burned during his entrance when the pyro technician set off the wrong pyro.

He suffered a painful burn on his chest, but he endured the pain and went on to compete as scheduled.

During Broken Skull Sessions with WWE Hall Of Famer Stone Cold Steve Austin, Taker recalled the incident and said that he wanted to make the pyro guy rest in peace for botching his entrance.

“When I’m watching this, I’m thinking, ‘oh my god, he’s gonna kill somebody.’ Or he could have been killed, I’m just glad he’s OK. When I see you there, I see pain, adrenaline, and rage.”

“Absolutely, you nailed it all on the head. The adrenaline needle is peaked right here. I am beside myself, I’m looking down at my chest because my chest is just bubbling up right now. My flesh is just rolling up.”

Taker splashed water down his chest after stepping into the pod, and also got some extra water bottles from under the pod by the ringside crew.

“Look at me here, I’m pouring water all over myself to cool myself down.

I knew I had to sit in that pod for 20 minutes. And then I had to work another 20 minutes after getting in. And I’m trying to assess where I’m at physically with the burns. Because all I could smell was my burnt hair and flesh.

Despite all that water, every time I look down, my skin is bubbling up more and more. I’m trying my hardest to stay focused and I’m also thinking in my head, ‘I am about to kill this pyro guy.’

I’m usually a very forgiving and understanding person. But a couple of weeks prior [to that incident], I had a conversation with the pyro guy and told him, ‘look, the pyro burst is too close. I’m starting to feel it. I said lets back them out.’

Initially, I had one of my other sleeveless coats. However, during the very last minute, I decided to wear my duster style coat because I was the World Champion and wanted the belt to be displayed.

Also, right before my music hit, I took another full bottle of water and poured on my head because I knew I had to wait in the pod for long and my hair would have gotten really dry.

I walk out, and the pyro comes up on my left and I just can’t no-sell this one. So, I turn to my right, the pyro bursts and my right [sleeve] goes off. So, I’ve literally turned into that.

Luckily, I had the presence of mind to know that I had to move forward. When I saw something other than fire, I could see that both my right sleeve and hat are on fire. I’m trying to get all that off and somehow stay in character.

If I hadn’t switched jackets, my arm would have been completely exposed. Also, luckily I had the second bottle of water and was dripping wet when I stepped out. It [this accident] could have been far worse.”

Today would have been the 87th birthday of Old School WrestleMania Celebrity Robert Goulet.

In 1990, Goulet was singing the Canadian national anthem at the WWF WrestleMania VI pay-per-view in Toronto, Ontario, Canada.