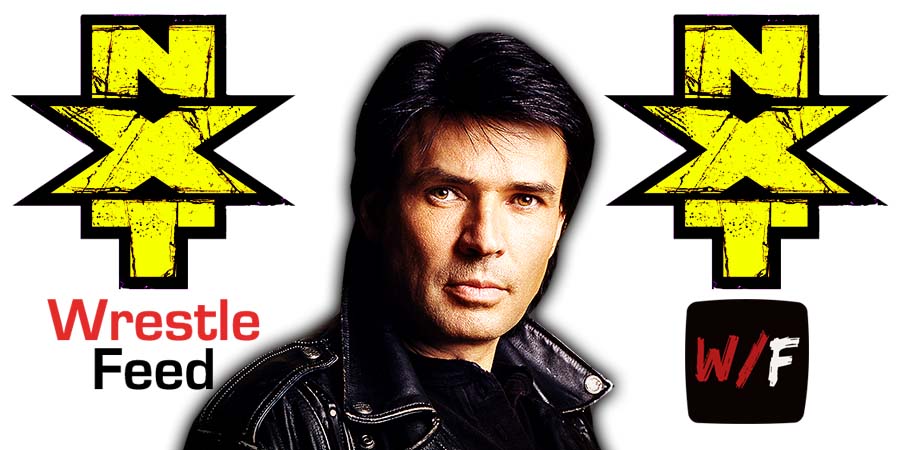 On the latest episode of his weekly ’83 Weeks’ podcast, former WCW President Eric Bischoff was asked about his opinion of former NXT Superstar Johnny Gargano, whose WWE developmental contract recently ran out.

Here’s what the 2021 WWE Hall of Famer replied:

“I don’t remember him. Not a reflection on Johnny. I probably watched maybe 15 minutes of NXT. It’s just not my thing, there’s nothing about it that I find interesting or compelling.

It’s a farm team, it’s Triple-A baseball and I’m not a big enough fan to enjoy watching the professional wrestling version of Triple-A baseball consistently. If I hear about something going on, if there’s somebody I’m interested in, absolutely, I’ll drop in.”

Most people believe Johnny Gargano is eventually going to end up in Tony Khan’s All Elite Wrestling, where he would join fellow cruiserweight wrestlers CM Punk, Adam Cole, Bryan Danielson (fka Daniel Bryan) and Malakai Black (fka Aleister Black), who also used to have a WWE career in the past.