“The Beast Incarnate” Brock Lesnar will face “The Destroyer” Samoa Joe in the main event of Great Balls of Fire 2017 PPV with the Universal Championship on the line. This will be Lesnar’s first Universal Title defense in almost 100 days after winning the belt from Goldberg. Below is what WWE posted about the Lesnar-Joe feud:

“Samoa Joe has quickly established himself as a force of pure bedlam in the WWE Universe, and he’s out to dominate anything and everything in his path. While The Samoan Submission Specialist has shown that he has the tools to do just that, is he relentless enough to dominate The Conqueror? Or will Brock Lesnar add Joe to his own path of carnage?” 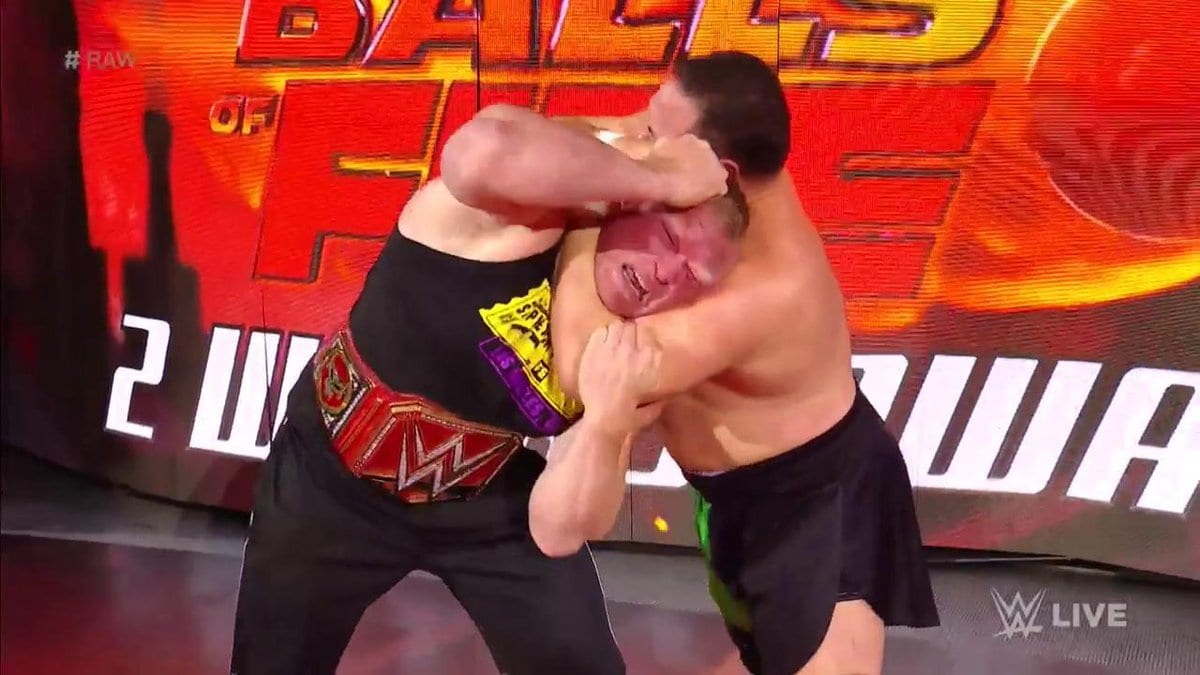 As expected, Lesnar is the favorite to win this match and retain the Universal Championship. Lesnar will then defend the Title in the main event of SummerSlam 2017.