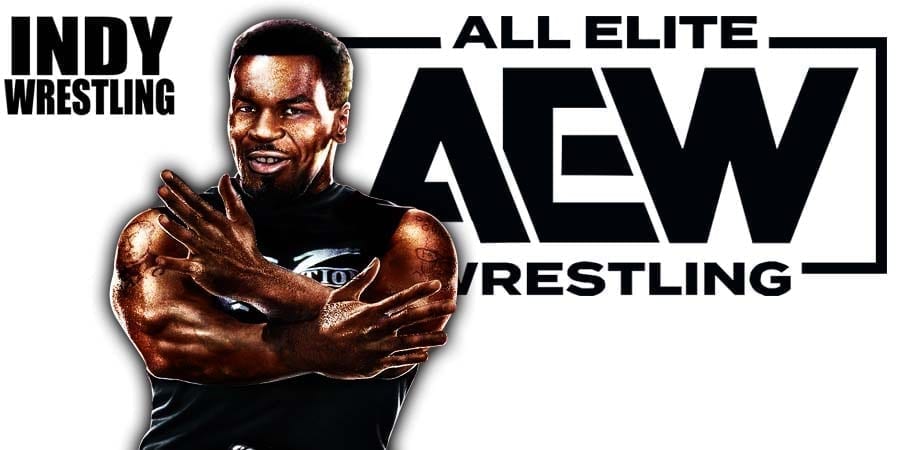 Tomorrow night will be the final time WWE’s NXT and AEW Dynamite will go head-to-head (as NXT will move to Tuesday starting next week).

While a normal episode of Dynamite will air tomorrow night, NXT will air their Night 1 of TakeOver: Stand & Deliver event.

To avoid losing the final night of their ratings war with NXT, AEW is bringing in Boxing Legend Mike Tyson.

“No stranger to the squared circle, Tyson appeared at the DOUBLE OR NOTHING PPV event In May 2020, followed by a memorable AEW DYNAMITE episode where he brawled with Chris Jericho and The Inner Circle.

Unlike last May, when there were no fans in attendance at Daily’s Place In Jacksonville, Fla., fans will now have the opportunity to see Tyson in-person this Wednesday night in a safe, live event setting.”

Join us @dailysplace by purchasing tickets at https://t.co/UN1cNj1kQq or watch Dynamite at 8/7c on TNT pic.twitter.com/V1vqG0kN3q

AEW President Tony Khan said the following about Tyson’s return in an interview with Sports Illustrated:

“There are many reasons I wanted Mike to come back. He made a huge impact last year at Double or Nothing, and we’re at a point where we can bring him back in front of our fans.

The fans who have come to the shows in Jacksonville have added so much to AEW, and it’s important for me that our fans get to see him live. We’re excited to have Mike back.

This is going to be a big deal. With Mike coming to town, he’s going to have a real impact on Dynamite.”

Below is the match-card for NXT TakeOver: Stand & Deliver:

– #1 Contender Gauntlet Eliminator Match to determine the next challenger for the NXT North American Championship: Leon Ruff vs. Isaiah “Swerve” Scott vs. Bronson Reed vs. Cameron Grimes vs. Dexter Lumis vs. LA Knight

It was pre-taped at the San Jose Arena in San Jose, California and featured pre-taped matches & storyline segments on the road to the ‘WWF Backlash 2000’ PPV.

6. The Big Show vs. The Godfather