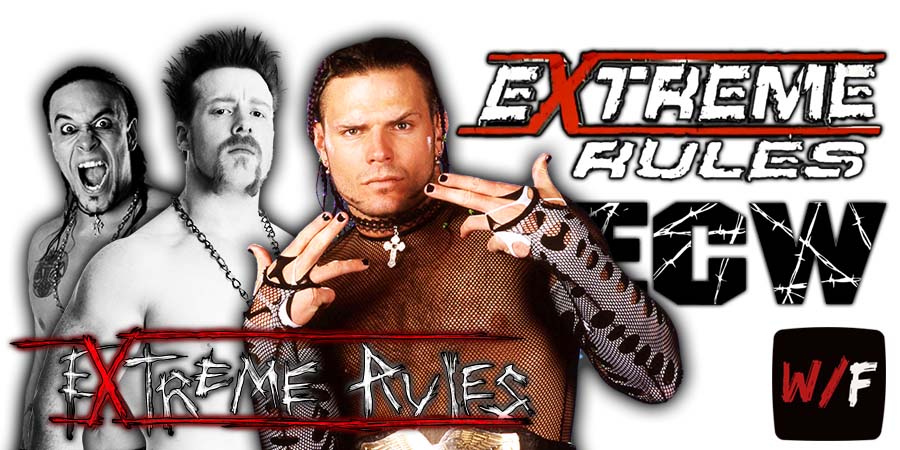 At the Extreme Rules 2021 pay-per-view, Damian Priest defeated Sheamus and Jeff Hardy in a Triple Threat Match to retain the United States Championship.

There was a point where Sheamus almost won the match, but Jeff broke up his pinfall attempt on Priest by hitting a Swanton Bomb on top of both of them.

Priest then pinned Sheamus to win the match.

The cameras caught Sheamus backstage and he was very angry. He said this isn’t over and is willing to do anything to get another shot at the United States Championship.

This means that the Priest-Sheamus rivalry isn’t over. It is possible Hardy tries to get involved once again, since he didn’t get pinned at Extreme Rules.

This episode was broadcasted from the Heart O’ Texas Colisem in Waco, Texas and featured matches, interviews & storyline segments on the road to the ‘WWE Taboo Tuesday 2005’ PPV.