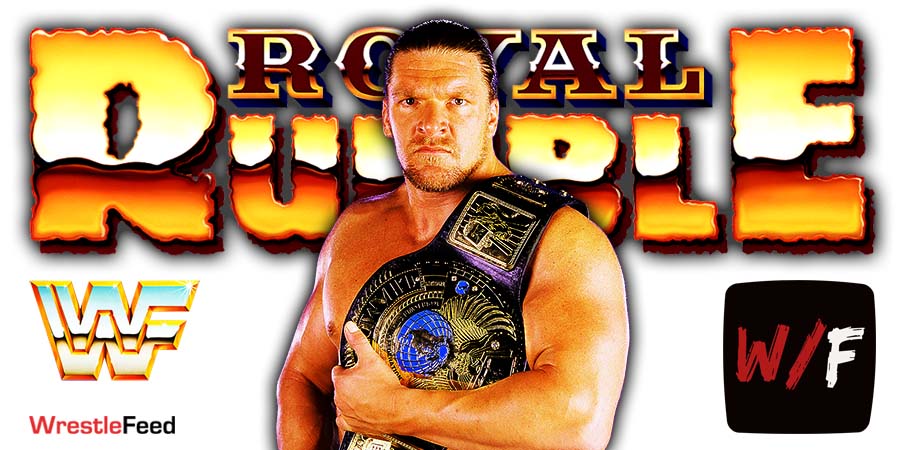 This year’s Royal Rumble matches were criticized by the fans, with fans being more disappointed with the Men’s Rumble match.

According to PWInsider, this year’s Royal Rumble matches had a different feel compared to previous years because of the absence of Triple H and Tyson Kidd.

Triple H, who is dealing with health issues, wasn’t backstage for the Royal Rumble for the first time in many years. He used to work in an advisory role for the Men’s Rumble matches.

He used to make changes in the match to make sure that certain wrestlers stood out and we got some moments between wrestlers in the Rumble.

Some wrestlers noted that Triple H’s absence was felt in a big way.

Tyson Kidd used to produce the Women’s Royal Rumble match. In his absence, Finlay was brought in to put the match together.

On this day in Pro Wrestling history on February 3, 1989, the World Wrestling Federation aired ‘WWF The Main Event II’ LIVE on NBC.

The entire TV show only included 2 matches, but still made history as it included “The Macho Man” Randy Savage’s Heel turn on Hulk Hogan, thus breaking up The Mega Powers, which led to their epic WrestleMania V Main Event.