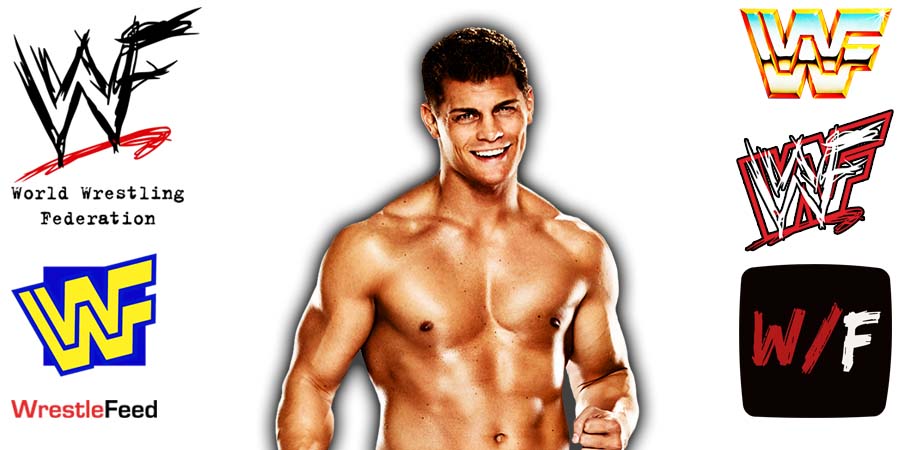 During the celebration, Cody Rhodes reunited with Orton (they were both together in The Legacy stable) after many years.

After RAW went off the air, Orton had the following to say about Rhodes in a backstage interview:

“Oh my god, Cody – The American Nightmare. You know, I don’t know how I feel about Cody yet.

He just came back, he was gone somewhere else for a few years. I got to sit back, wait, and time will tell if Cody has changed or not.

[On Monday night], Cody seemed like… everyone was here to have a good time and a good time is what we had.”

Also Read: Cody Rhodes Blames Himself For The Divide Between WWE & AEW Fans

2. Virgil vs. The White Shadow