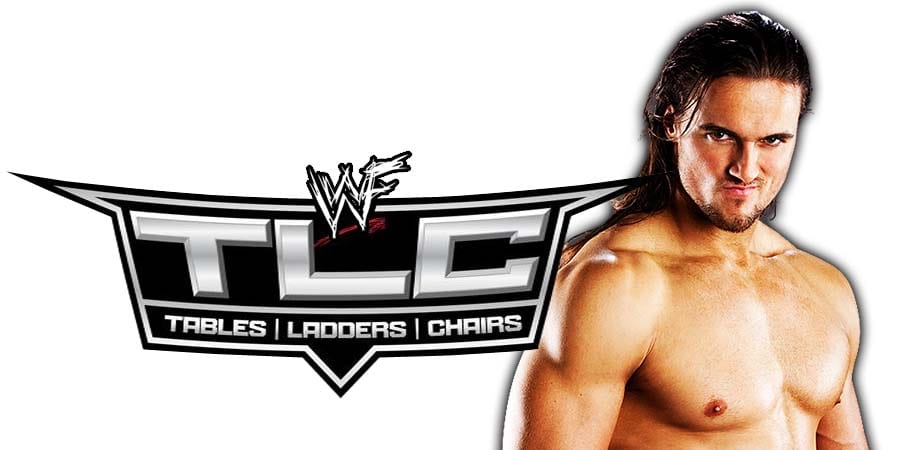 Up next is a Tables match between Natalya & Ruby Riott. After back & forth action, Natalya picks up a win and pays tribute to her late father Jim “The Anvil” Neidhart.

During the match, all three members of the Riott Squad were put through Tables! You can check it out below:

Up next is Drew McIntyre vs. Finn Balor. Balor appeared on the PPV earlier in the night to beat up Baron Corbin and help Braun Strowman win.

Strowman is dominating Balor from the get-go.

After good back & forth action, McIntyre sends Balor face-first on the ring apron! McIntyre then delivers a vicious headbutt on Balor and does the Too Sweet sign to mock him.

The referee is distracted and Dolph Ziggler hits Drew with a Superkick out of nowhere!

Ziggler picks up a Steel Chair and goes to hit McIntyre, but McIntyre lays him out with a Big Boot.

Balor takes advantage and hits his finisher for the win!