Today would have been the 56th birthday of Old School WWF Attitude Era Diva Nicole Bass.

At WWF WrestleMania XV in 1999, she made her World Wrestling Federation debut as the female bodyguard of Women’s Champion Sable.

During Nicole’s final days with the promotion, she was in a team with fellow WWF Diva Ivory, before leaving the promotion for good.

On last week’s RAW, a new faction named RETRIBUTION caused difficulties throughout the night, as they burned the power generator by throwing molotov cocktails at it. They even showed up on last week’s SmackDown to wreak havoc.

The faction will most probably be on tonight’s RAW as well, and they will most likely cause destruction tonight.

NXT wrestler Dominik Dijakovic is highly rumored to be a part of RETRIBUTION and he keeps hinting so on Twitter.

Dijakovic tweeted a photo of the noise on TV (which shows up when there are broadcasting issues). It says “We are in control” at the bottom right corner. He even tagged WWE CEO, Vince McMahon, in it, but deleted the photo just two minutes later.

If Dijakovic is a part of RETRIBUTION, we could see the faction causing problems in tonight’s RAW broadcast.

You can check out the screenshot below: 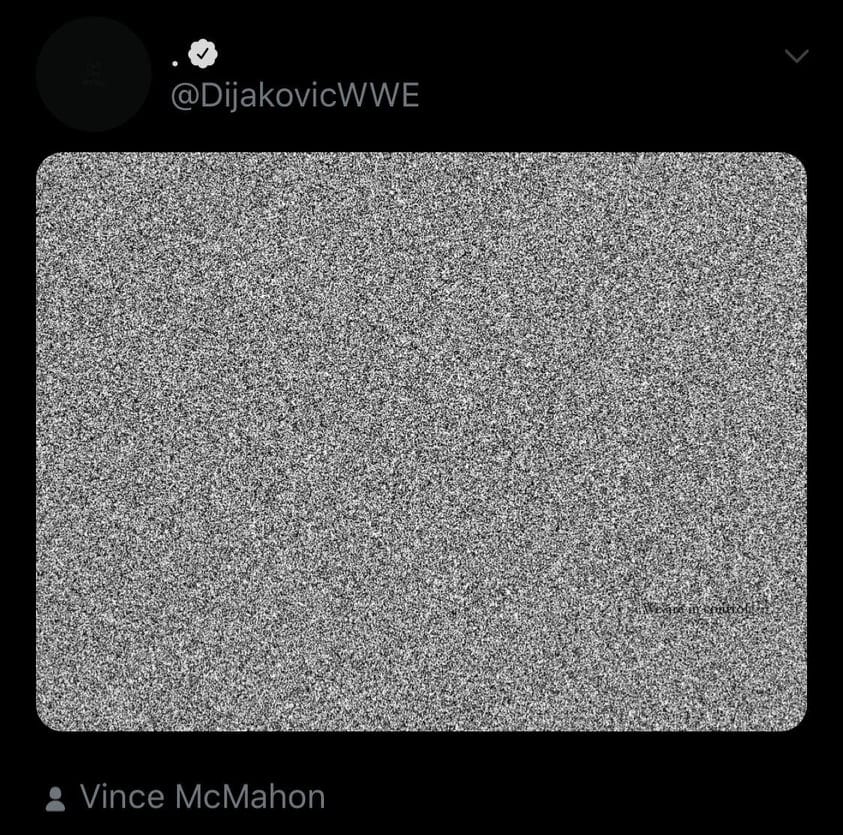