If the current WWE Universal Champion Goldberg doesn’t sign a new contract with WWE, then tonight’s episode of Raw might turn out to be the final Raw for him (as he isn’t scheduled to appear on any episode of Raw moving forward).

Goldberg & Brock Lesnar will meet in the ring for the final time before WrestleMania 33 on tonight’s episode of Raw and below is what WWE posted:

“Universal Champion Goldberg has exuded confidence during his recent encounters with Brock Lesnar, but after absorbing a ring-shaking F-5 the night after WWE Fastlane, the WCW icon might not be as sure of himself when he stands across the ring from The Beast Incarnate at WrestleMania, where Raw’s most elite prize will be on the line. 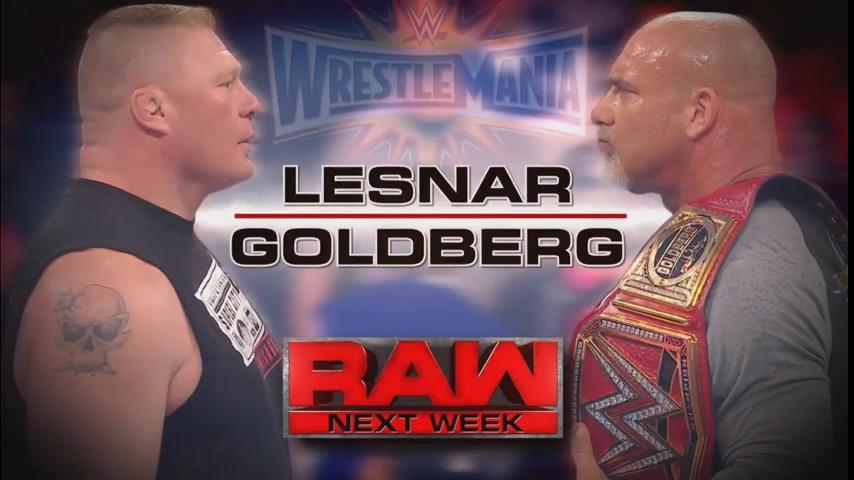 Six nights before The Ultimate Thrill Ride that is WrestleMania 33, Goldberg and Lesnar’s paths will cross in Philadelphia. Will these raging bulls lock horns on the final Raw before their battle on The Grandest Stage of Them All?”