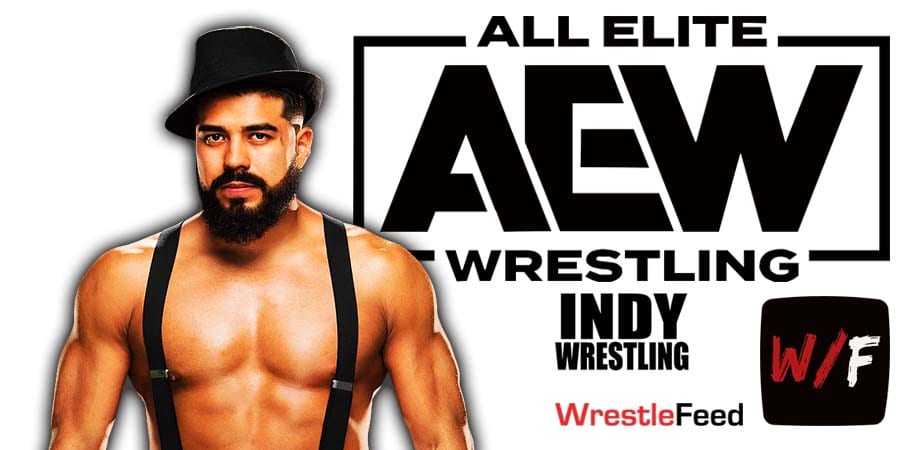 Under Tony Khan’s tweet to promote the 50th episode of AEW Rampage (which aired last night), a fan wrote the following:

“I don’t understand how one of the best wrestlers on the planet, Andrade El Idolo, who also has one of the best presentations, isn’t being pushed to the moon – or even appearing more often.”

“He’ll be ringside for Private Party vs Lucha Bros on #AEWRampage on @TNTdrama tonight, he’s been hurt since the classic vs @ReyFenixMx 3 weeks ago.

He got @IsiahKassidy & @Marq_Quen to help him tonight, & Lucha Bros both still want a piece of @AndradeElIdolo & @rushtoroblanco too.”

Andrade then tweeted the following about his injury:

“Nothing serious. I have inflammation in my ankle, it is because I have been in the business for almost 20 years!!!

On this day in Pro Wrestling history on July 16, 1994, ECW hosted “Heatwave 1994: The Battle for The Future” at the ECW Arena in Philadelphia, Pennsylvania.

Here are the complete results from that night: