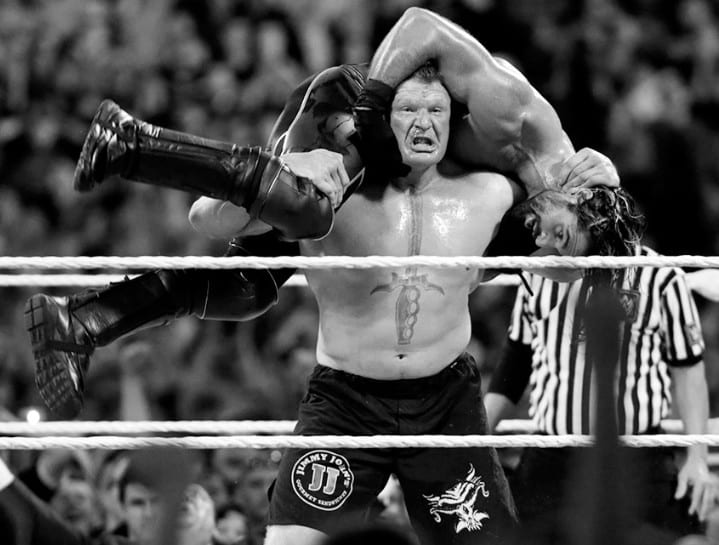 Last week was full of interesting stories from the world of WWE. Let us take a look at 5 of the biggest stories that came out this past week with #1 being the one to watch out for!

Seth Rollins cashed-in his MITB at WrestleMania 31 to become the new WWE World Heavyweight Champion. Rollins didn’t pin Lesnar though. Lesnar is pissed at what Rollins did and at that was clear from what happened on Raw.

Brock Lensar was suspended indefinitely on Raw, and that storyline was executed to write Brock Lesnar off WWE programming till SummerSlam.

However, WWE is thinking about booking Brock Lesnar to return during the main event at Extreme Rules and attack Seth Rollins. The idea behind this move is that it will allow the Authority to give Lesnar a serious punishment (kayfabe) and have him suspended until a few weeks before SummerSlam.