• Top AEW Wrestler Says He Was Severely Affected By COVID-19

AEW EVP and World Tag Team Champion Nick Jackson took to Instagram on Saturday night to reveal that he tested positive for COVID-19 last September, and had a tough time dealing with it.

He also called out people who think the virus is fake.

You can read his story below:

“Crazy to think there’s still COVID deniers out there in the world. I had a pretty bad case of COVID in early September that kept me bed ridden for nearly 3 weeks.

I couldn’t taste or smell for 2 and a half months. At one point my whole body had hives on it and my doctor said that it was definitely from COVID. Matt had to do the majority of the work in matches once I returned safely because I couldn’t catch my breath.

My cardio is finally back but it took months to finally feel like myself again. Let’s protect each other and wear a mask.”

Below is a screenshot attached from his Instagram story: 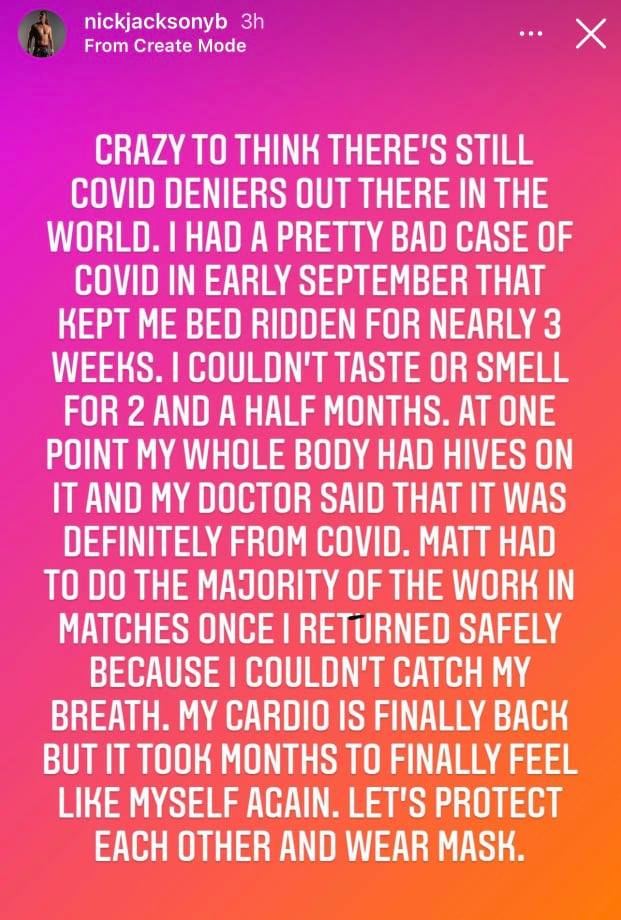 • Old School WWF Veteran Would Have Celebrates His Birthday

Brian was the son of Old School Wrestling Legend Jerry “The King” Lawler, and the Tag Team partner of Scotty 2 Hotty. Together they were known as ‘Too Much’ aka ‘Too Cool’.