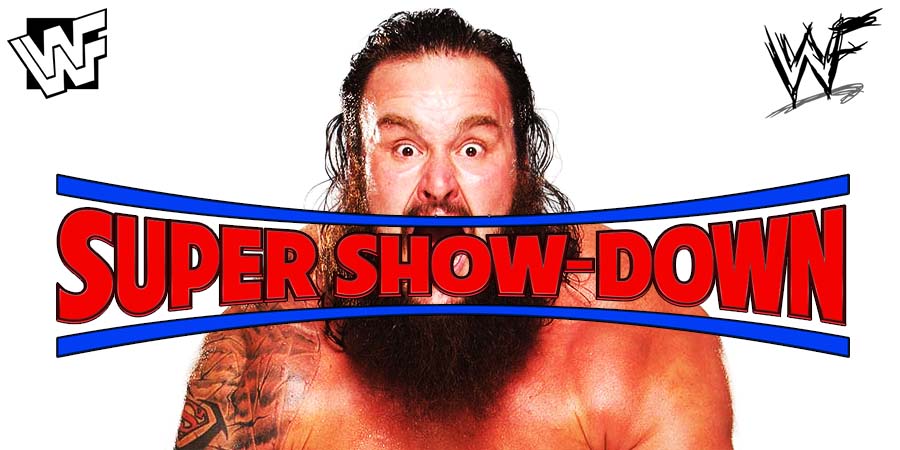 – The Undertaker vs. Vito Von Krus

Bryan Alvarez of the Wrestling Observer was in attendance for this week’s RAW and noted how Braun Strowman might be working hurt.

Below is what Alvarez said about the Braun Strowman vs. Dean Ambrose match from RAW on Wrestling Observer Radio (credit to Ringside news for transcription):

“Braun Strowman when he first came out, he’s moving like something is hurt. Like maybe his knee or something. He kinda half-ass limps down the ramp, he’s moving slow. Dean Ambrose gets in there and this is the lazy, doing nothing as slow as humanly possible Dean Ambrose.

They just half-a$$ed the entire match, the whole thing felt like it was during a commercial break.”