After FastLane 2019 went off the air, an episode of “WWE Photo Shoot” featuring AJ Styles began airing and Styles’ wardrobe accident from TLC 2016 PPV was shown during the match.

Not only that, WWE showed a zoomed-in photo of the wardrobe accident, where Styles himself noted that you can see the blood from the cut coming out of his bum.

You can see the photo below: 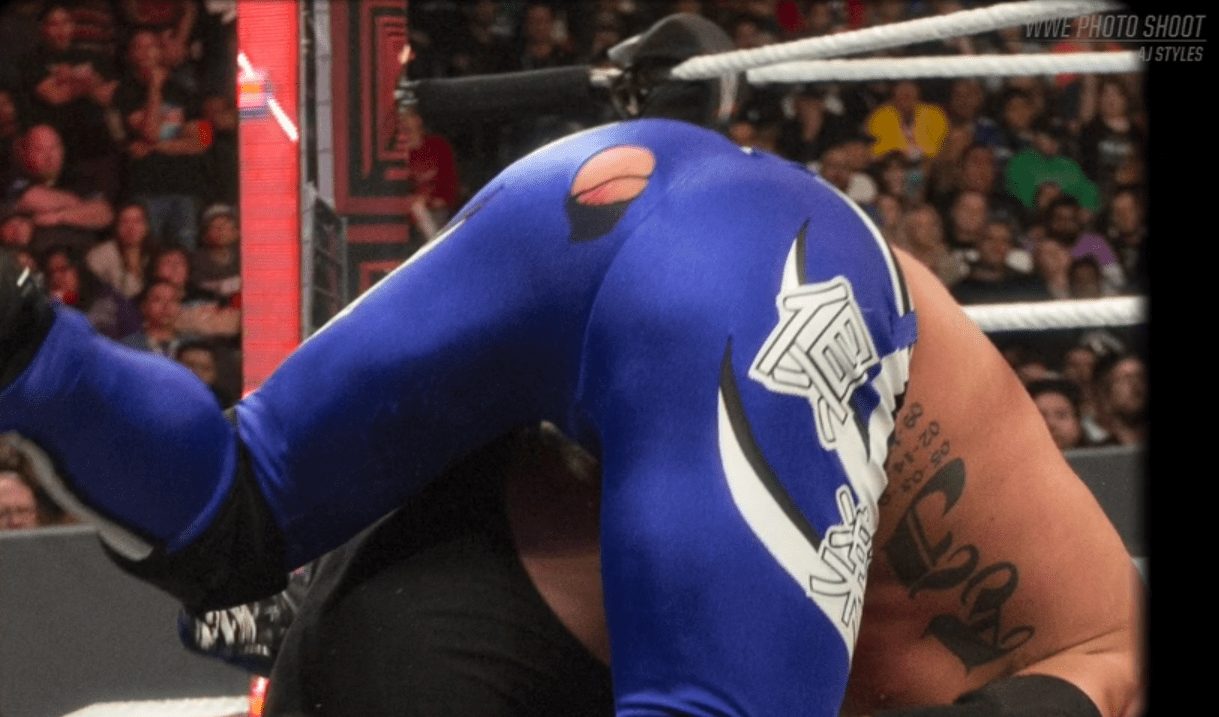 Styles made sure to mention that this wasn’t a “Wardrobe Malfunction”, but more of an accident where his pants were torn off after he was slammed on a bunch of steel chairs.

Another interesting thing that was shown during this edition of WWE Photo Shoot was a photo of Styles with Ric Flair in TNA. You can check it out below: 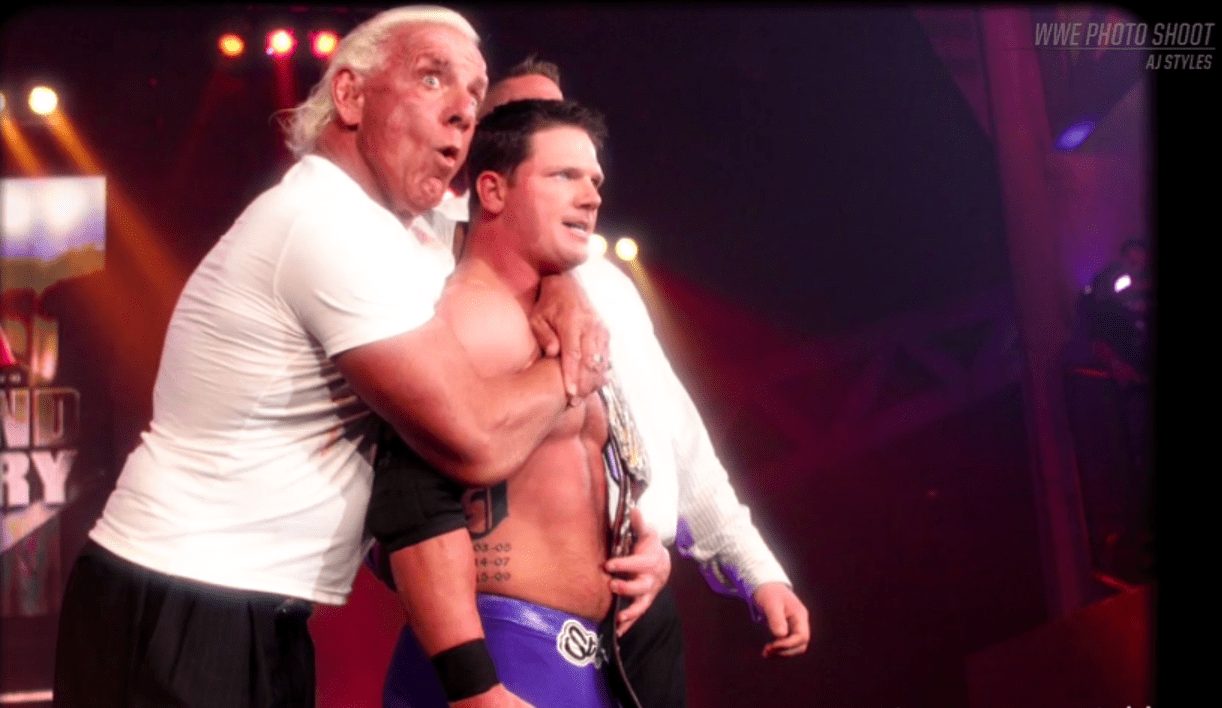 Even Styles was surprised by seeing a TNA photo being shown on the WWE Network.