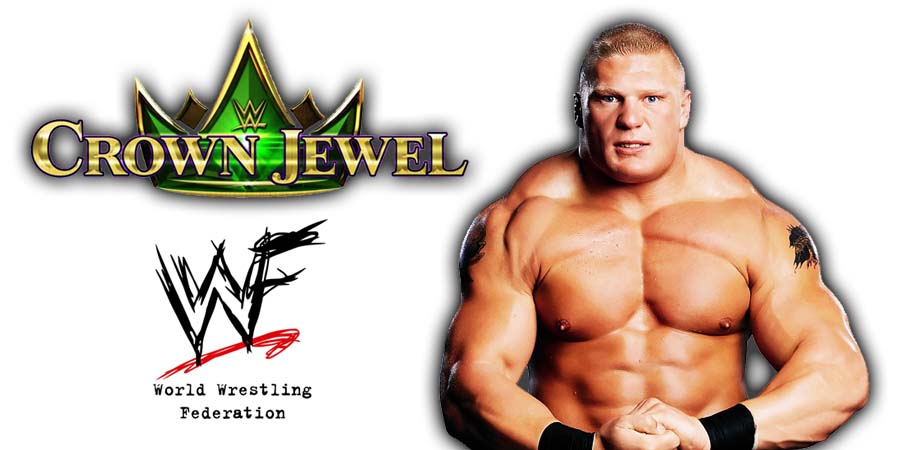 The main event of this pay-per-view was a War Games match that featured a battle between Dusty Rhodes’ Team and The Stud Stable.

On the post-Hell In A Cell 2018 edition of RAW, acting RAW General Manager Baron Corbin announced that Roman Reigns will defend the Universal Championship in a Triple Threat match against Brock Lesnar and Braun Strowman at the WWE Crown Jewel PPV in Saudi Arabia on November 2.

According to Dave Meltzer, Brock Lesnar is making ‘well into 7 figures’ for his championship match. This means that Lesnar is getting paid UFC kind of money for a single WWE match.

WWE made about $45 million from the Greatest Royal Rumble event in Saudi Arabia earlier this year and this is more than what they make for WrestleMania.

This is exactly the reason why WWE’s Saudi Arabia shows are loaded, as WWE pays their top draws like Brock Lesnar and The Undertaker a huge amount of money to perform at these shows.