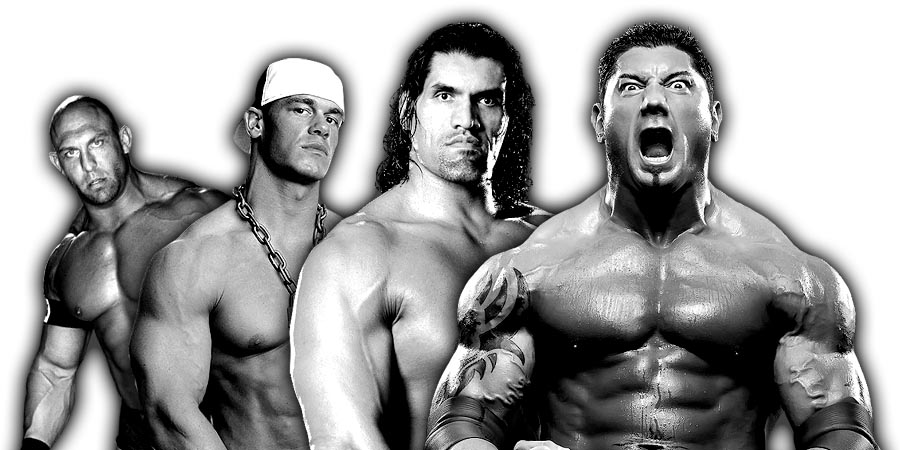 Let’s take a look at the top 20 news stories of the day from the world of WWE (SummerSlam 2017, The Great Khali, Brock Lesnar, Jon Jones) & Professional Wrestling:

20. “Eventually everything that’s good has to come to an end” – Big Cass On Tag Teams Splitting In WWE

During a recent media call, Raw Superstar Big Cass discussed turning on his tag team partner Enzo Amore, tag teams splitting in WWE & more. Below are the highlights of the call from Planeta Wrestling:

On him feeling he’s not a heel after turning on Enzo Amore:
“I don’t see myself as a bad guy, I don’t know who portrays me as a bad guy, but the guy that walks out there every Monday now, Big Cass, he doesn’t think he’s a bad guy. I think that my cause is just and I feel like I did the right thing and I feel like anyone who disagrees with me – I feel like they’re stupid. They should understand the circumstances, they should understand what I’ve been through, they should understand what it’s like to have somebody hold them back and to constantly have to cover for somebody and to constantly have to help somebody out – it really affects your career and your progression. I feel like I did the right thing and I don’t think I’m a bad guy, if people want to look at me like a bad guy then that’s their agenda. But I’m not a bad guy and I don’t portray a bad guy, I portray myself and a guy that believes in his cause, and I think my cause is right. Look, I believe I’m right and I’m always going to believe I’m right. If people want to like it, that’s fine. If people want to hate it, that’s fine too cause I could care less what people think. But that’s who I am and that’s who Big Cass is, I feel like it was right for myself, I did what was right for my career, it was right in my mind in the interest of morals. So I feel like I’m right in this situation and moving forward I’m no bad guy, I’m not a good guy, I’m just Big Cass, man. I don’t portray anything but myself.”

On multiple WWE tag teams splitting as of late:

But there are a lot of tag teams in NXT right now that could come up and fill voids on Monday Night Raw and on SmackDown Live. Authors Of Pain are the first ones to come to mind. Those guys are big dudes and are very talented. They can beat some people senseless. So there’s many teams in NXT right now that can fill the void that has been left by the split up tag teams on Raw and SmackDown.”