A fan posted a tweet where he talked about how Triple H should be the one to control WWE’s main roster instead of Vince McMahon and Triple H went on to like that tweet (before unliking it eventually).

I truly believe that if #WWE talent can hang in there till Vince switches to his XFL pipe dream next year (and assuming @TripleH switches to main roster control), things will actually improve. It’s a ways away, but a hard reset + post-fox deal growing pains would do wonders imo

So glad I screenshotted this before he unliked it. @WrestleTalk_TV he’s at it again! pic.twitter.com/M9uZ6PBl31

This isn’t the first time Triple H has done something like this. A fan recently blamed Vince McMahon for RAW & SmackDown’s low viewership and Triple H liked that tweet (before unliking it):

@VinceMcMahon maybe the problem with the Raw and SmackDown ratings isn't due to wrestlers injured, it's that you put confusing and pointless storylines. Although it wouldn't hurt if you gave your wrestlers insurance. Just a thought @StephMcMahon @TripleH @WWE 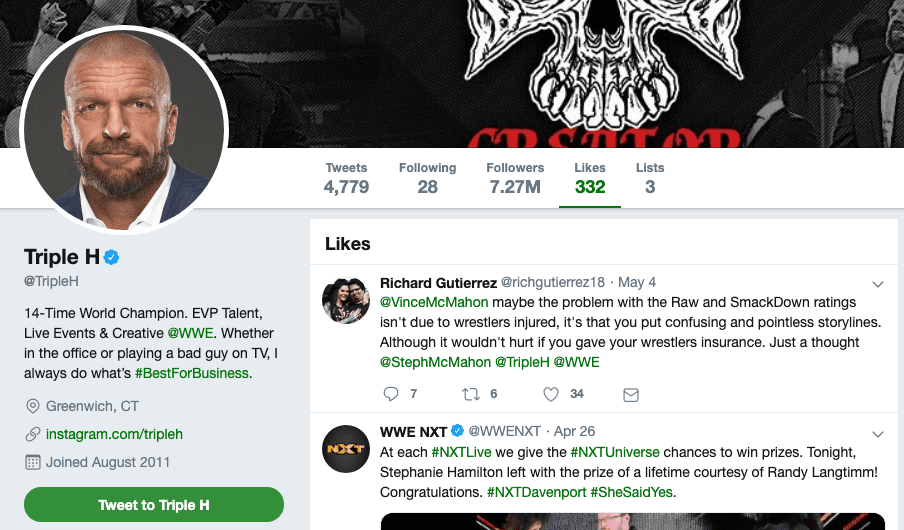