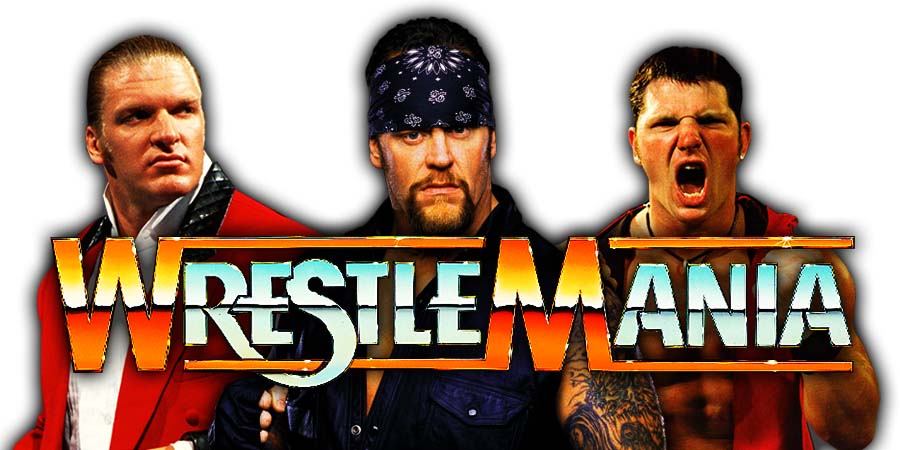 The Great Muta vs. Steve Casey

During a recent interview on WWE’s After The Bell podcast, WWE Hall of Famer Triple H revealed how the WWE staff ended up producing the Boneyard match between The Undertaker and AJ Styles at WrestleMania 36.

On Vince McMahon assigning him to the Boneyard Match:

“As we started coming down the pipe towards Mania, obviously Mania was taking place prior to WrestleMania [airing]. So, at that point in time, a lot of things were taking place at the same time.

So when we got done shooting NXT television, I then went to Vince and was like, ‘so I feel like if there’s something that I can take and run with it, that would probably be the most helpful because everybody’s going to be running in different directions. And what do you think needs the most for me to look at it?’ And he was like, ‘the Boneyard match’, and I was like, ‘OK, great. So what is the Boneyard Match?’ He’s like, ‘I don’t know, like a graveyard. It’s in a graveyard.’

I said, ‘OK.’ He was like, ‘they got this huge field and it turns into a graveyard in the middle of nowhere.’ I go, ‘so what do you want it to be’, and he’s like, ‘I don’t know just make it good.’ So I was like so you want me to take that? He was like, ‘yes, please.’ I don’t remember what day it was, I went to Michael Hayes who was also an agent on that. I said, hey, I’m gonna grab this Boneyard Match. He was like, ‘thank God!'”

On reaching the location of the Boneyard Match:

We got out of the car, and I was like, ‘where’s the big field?’ And they were like, ‘no this is it right here.’ This area right here to that street right there and I was like, ‘you’re kidding me.’ Michael’s like, ‘this ain’t gonna work. We can’t do this. I gotta call Vince right now to tell him to put this in the studio or we got to find another location. Shoot this ain’t gonna work.’ And I said, ‘Michael, this is it. This is the hand we have. This is the cards we’ve been dealt with’.”