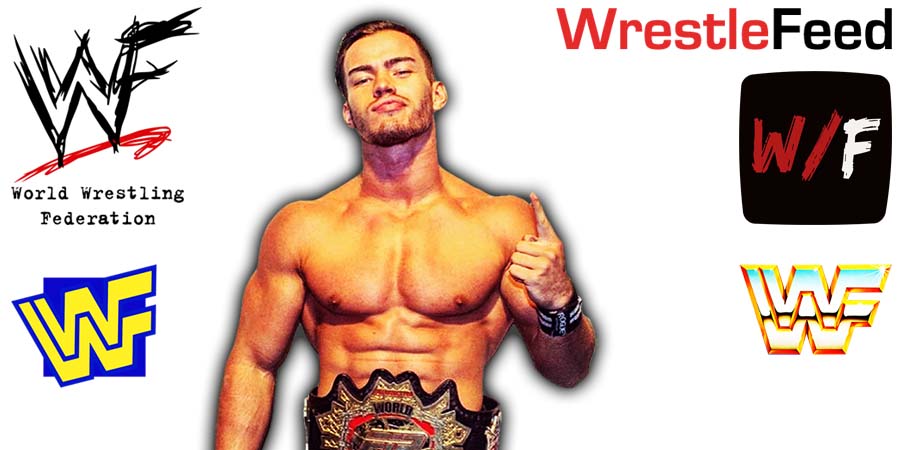 On last week’s episode of RAW, Austin Theory cashed-in his Money In The Bank contract on Seth Rollins for the United States Championship and lost due to interference from Bobby Lashley.

Then on last night’s RAW, Theory showed a vicious side of him. He said he is done being the ‘future’ and that he is the ‘now’.

That was a great promo from Austin Theory on tonight's #WWERaw pic.twitter.com/chUvAMd96q

Theory then faced Dolph Ziggler and lost via DQ because he didn’t stop attacking The Showoff.

Later in the main event, after Rollins defeated Finn Balor to retain the US Title, Theory attacked Rollins.

According to the Wrestling Observer, WWE’s Chief Content Officer Triple H wants Theory to drop the “Selfie” gimmick and plans on making him a serious threat to the RAW roster and last night was the beginning of this new character for the youngest US Champion in WWE history:

“The show is all about making Austin Theory dump the selfie thing which quite frankly, if you’re gonna make him a top guy, you needed to dump it. That was very much the second-match guy gimmick anyway.

So they’re dumping that and trying to get him to be more of a vicious guy and put him in there.

He lost to Seth last week, but they’re gonna go with the big Seth Rollins and Austin Theory feud. Maybe even on the (Survivor Series) pay-per-view.”

No.1 Contenders Hardcore Match: The Big Boss Man vs. The Rock