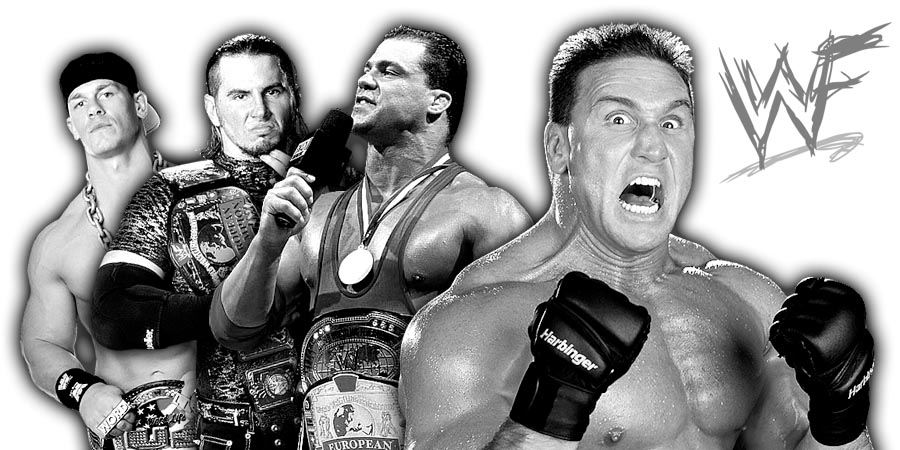 Let’s take a look at the top 20 news stories of the day from the world of WWE (Great Balls of Fire 2017, Battleground 2017, The Hardy Boyz) & Professional Wrestling:

During a recent edition of The Triple Threat Podcast, ECW Legend Shane Douglas discussed the original plans for his WWF run. Below is what Douglas said:

“I do remember in 1990 the whole idea for Shane Douglas at the time was that Vince McMahon wanted to see if he could create a legitimate rockstar. I had played bass and have written music when I was younger and it was Jimmy Hart who had come up with three songs for me. He had come to the Pittsburgh Civic Arena with them and I remember that one was called “American Girls” and one was called “Rocking Down The Halls” and I can’t remember the third song but he had three different versions of each song (rock, pop and heavy metal) and he played each version for me and I would sing along with each version and he came up with my voice was most suited toward the rock music.

We were supposed to go into the studio and record at least those songs and I believe a full album but unfortunately at the time my Dad had contracted late stage emphezima and I had to leave the road but that was the original intention for the Shane Douglas character in the WWF in 1990 was to create a Bon Jovi like character. I was very much into that idea because I am a huge fan of music and I dabbled in when I was younger with playing bass, singing and writing lyrics and that is something that I was interested in doing.

Obviously my Dad was more important and at the time Vince was really understanding. We sat down and had a long talk in Niagara Falls and he told me that the door was always open for me to come back and like an idiot I took him up on that.”