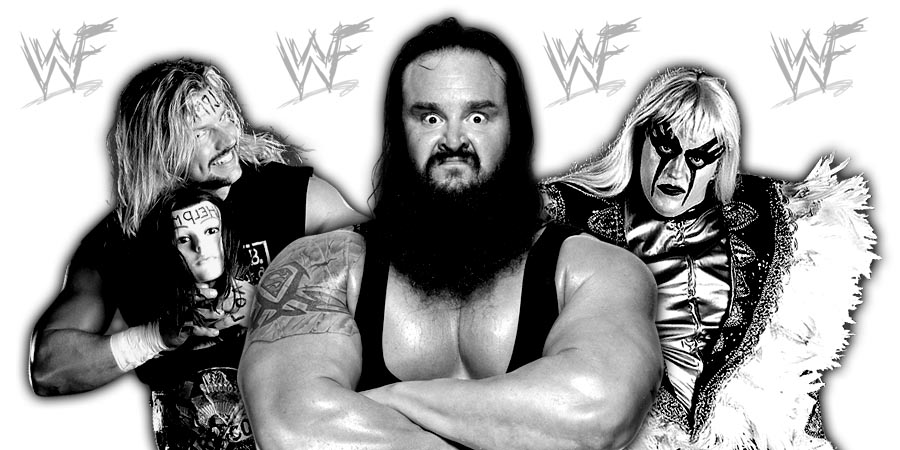 Let’s take a look at the top 20 news stories of the day from the world of WWE (Big Cass, Roman Reigns, The Undertaker) & Professional Wrestling:

During a recent interview with Sky Sports, 14 time World Champion Triple H talked about the upcoming Universal Championship match between “The Beast Incarnate” Brock Lesnar and “The Destroyer” Samoa Joe at Great Balls of Fire 2017 PPV, wrestling at WrestleMania 33 & more. Below are the highlights:

On Samoa Joe facing Brock Lesnar for the Universal Championship at Great Balls Of Fire 2017 PPV:
“Brock Lesnar is one of those once in a lifetime athletes. A guy that is 300 pounds but when he moves – it’s like being in the water with a shark. There’s a movement and then he’s on you. It’s incredible how fast, agile, how quick of an athlete Brock Lesnar is. It’s almost indescribable until you’re in there with him, how good he is. How fast, strong, and intense he is. It’s why he has been a success and everything he has ever done. It’s why he was UFC Heavyweight Champion, it’s why he’s been a multiple time WWE Champion, but then again – Samoa Joe is a different level of athlete as well. I think it’s going to be an interesting contest and I think, if nothing else, you’re going to see two bulls go at it. It will be very physical, to say the least – it always is with Brock Lesnar.”

On wrestling at WrestleMania 33 earlier this year:

“This is me with the suit off in a little bit of a different environment, with my wife standing behind me. That’s the thing for me now, at this point in my career, that moment to stand in that ring again with my wife standing behind me in front of a record-breaking crowd in Orlando at WrestleMania was just – they’re all career highlights, they’re bonuses for me and they’re a lot of fun. To stand in the ring with a guy as talented as Seth Rollins is, who’s kind of the current and the future of WWE in many ways, it’s hard to describe how that feels. For me knowing that I was there as he was coming into the WWE, seeing his development in the Shield, being there for a lot of it and seeing him come all the way to where he is now, it’s very gratifying in a lot of ways.”