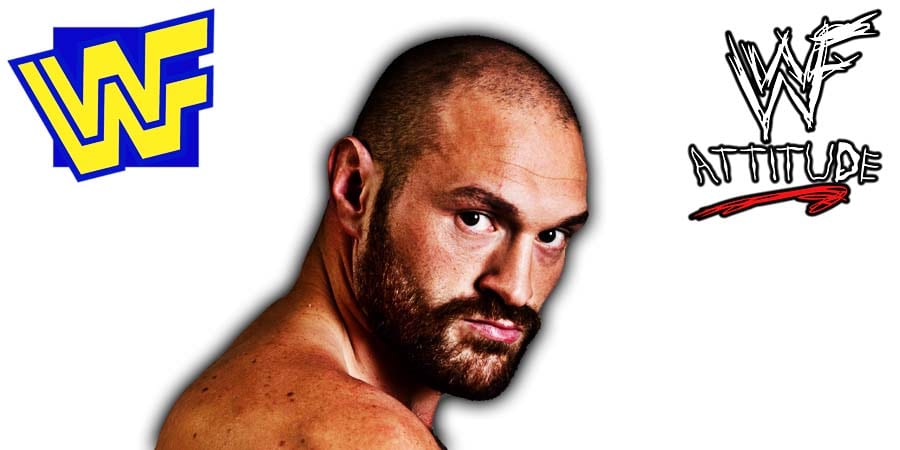 • Tyson Fury Could Be Returning To WWE Soon

Tyson Fury made his WWE in-ring debut at the Crown Jewel pay-per-view in October 2019, where he defeated current Universal Champion Braun Strowman via count-out.

His last WWE appearance was on an episode of SmackDown in UK, where he joined forces with Strowman to take out The B-Team.

It’s obvious that Fury isn’t done with WWE as he keeps teasing a return from time to time.

While speaking on Redknapp’s Home Fixture on Sky Sports, Fury revealed that he spoke on the phone to Vince McMahon last week and said that “there may be an opportunity coming up soon” to wrestle again.

Tyson Fury (on Redknapp's Home Fixture on Sky Sports) says he spoke on the phone to Vince McMahon last week and said that "there may be an opportunity coming up soon" to wrestle again. @davemeltzerWON @SeanRossSapp

It’s unknown what program The Gypsy King will be in, but he’s been at it on Twitter with WWE Champion Drew McIntyre.