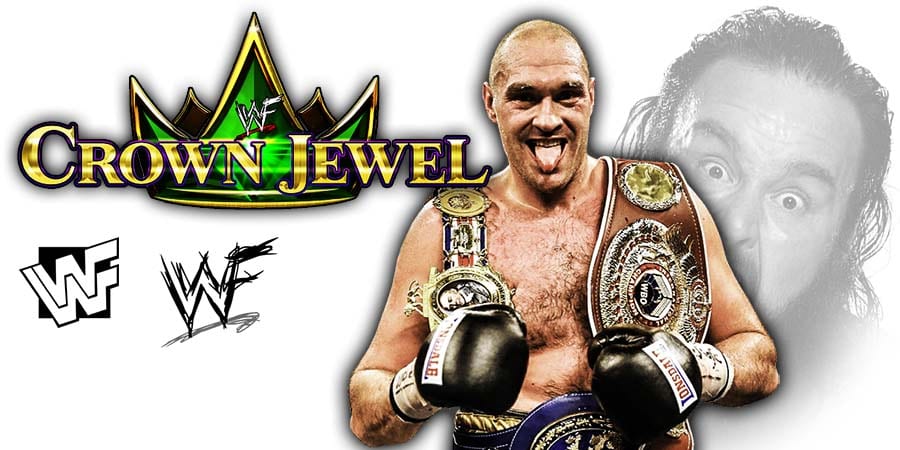 The Barbarian vs. Kent Carlson

Brother Love Show: The Ultimate Warrior Is His Guest

The Legion Of Doom vs. Brian Costello/James Saxton

The Big Boss Man vs. Haku

According to The Daily Mail, Tyson Fury will be making $15 million for his match against Braun Strowman at WWE Crown Jewel 2019 PPV in Saudi Arabia on October 31.

The report also stated that Fury could make another $20 million if he decides to come back for another match after Crown Jewel.

During the recent media scrum after WWE Crown Jewel press conference, Fury was asked what’s next for him in WWE after his match with Strowman and below is what Fury said: