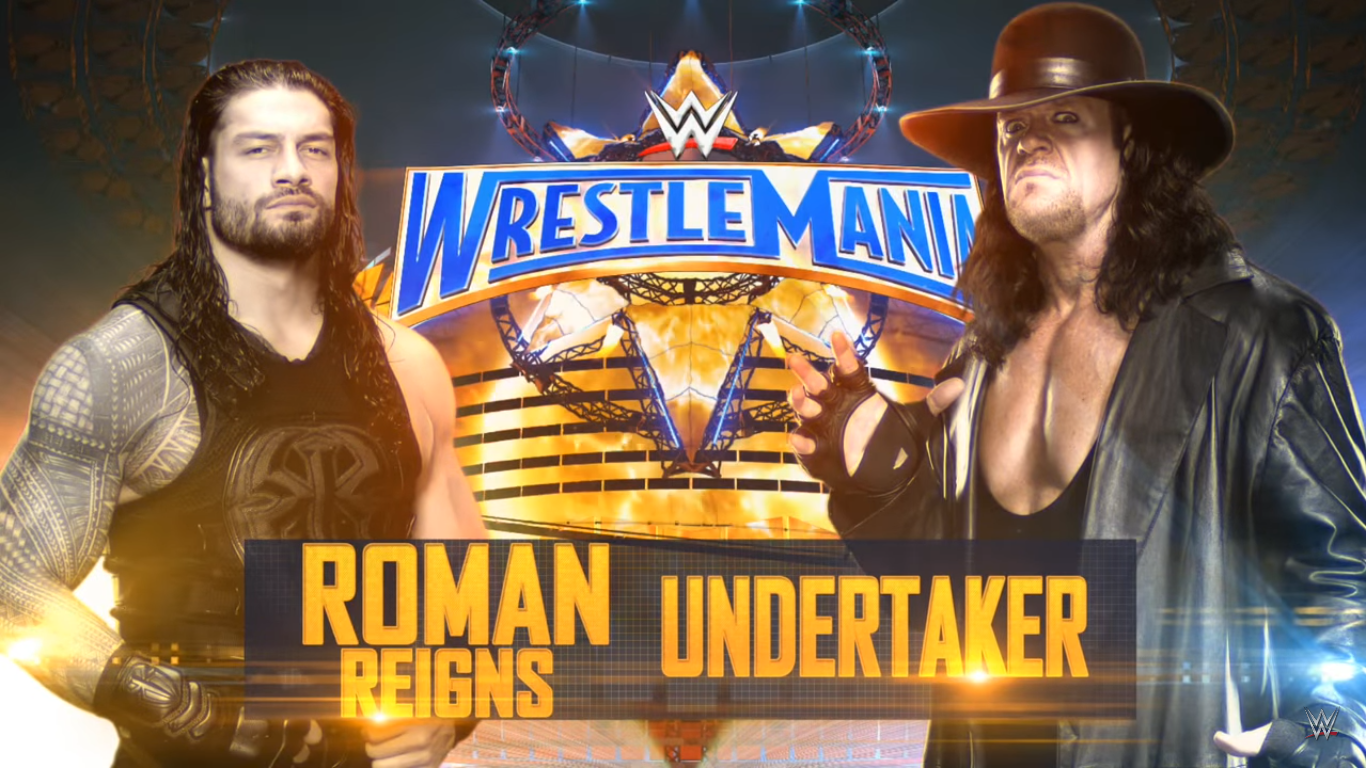 WrestleMania 33 – Roman Reigns vs. The Undertaker

However, if The Undertaker wrestles at WrestleMania 34 as well and if that’s his final match, then expect The Deadman to still not accomplish this historic feat as Taker is Old School and he would prefer to retire with a loss (thus putting a young talent over in the process and give him the required mega push).