As we noted yesterday, a photo of The Undertaker went viral on social media. The photo shows The Undertaker boarding a plane from Texas and is heading to New York (according to the fan who posted this image), which is the site for tonight’s SummerSlam 2017 PPV. Below is the photo: 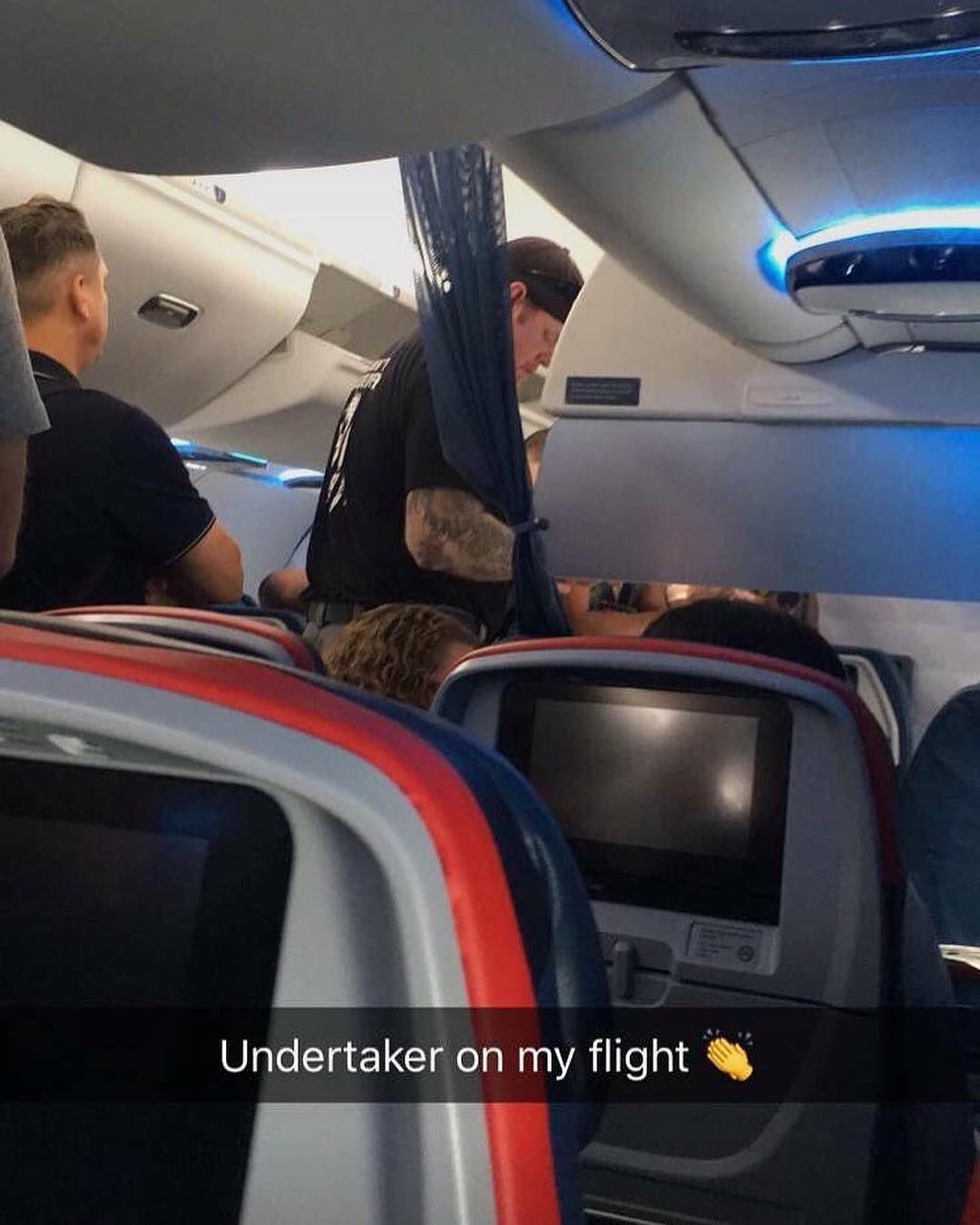 Dave Meltzer of the Wrestling Observer confirmed that ‘The Deadman’ is indeed present at the site of tonight’s biggest event of the Summer and then speculated about what could be the reason for the presence of The Phenom.

The reasons could be that Taker is there to film a video for WWE 2K18 video game and some backstage work, or The Undertaker is going to make yet another epic return. Meltzer noted that if The Undertaker ends up appearing during the PPV, then he might go after Roman Reigns and cost him the Universal Championship (which is the most obvious scenario if Taker shows up).

Meltzer noted that a rematch between The Undertaker and Roman Reigns could go down at Survivor Series 2017 if this ends up happening. It should be noted that WWE tries to book mega matches and stars for its “Big 4” PPVs nowadays, so there’s a good possibility that this huge rematch ends up happening.

During a recent interview with Nick Hausman, WWE Hall of Famer Jim Ross was asked if we have seen the last of The Undertaker in a WWE ring. Below is what Good Ol’ JR said:

“Until he says he’s done he’s not done. I think Vince McMahon is a marketing genius. He’s not going to miss any opportunity to monetize and maximize this amazing investment in this legacy of The Undertaker.

Until The Undertaker says he’s done and it’s validated by the company and is signed off in that essence, for lack of a better term, I still say Undertaker is active and could return and wrestle at any time.”