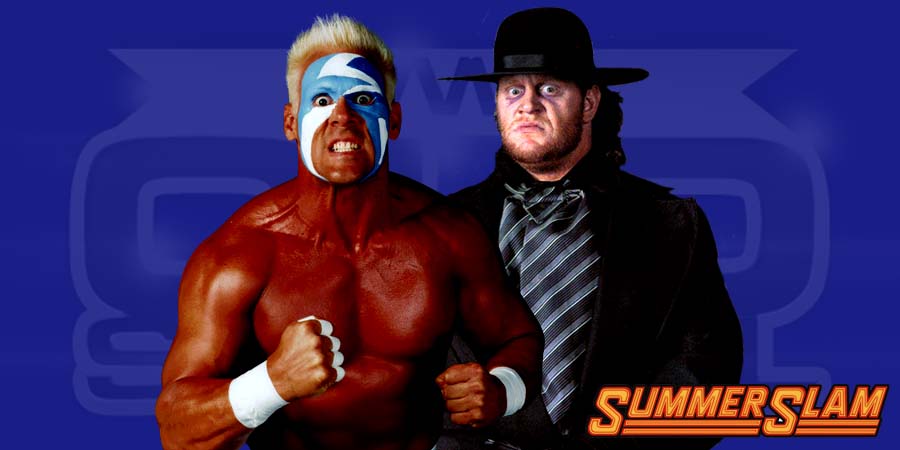 According to latest reports, The Undertaker & Sting are scheduled to appear at SummerSlam 2015.

Dave Meltzer notes that WWE is planning to throw a huge SummerSlam 2015 weekend. Undertaker’s SummerSlam plans might begin at Battleground 2015 where he might return and possibly cost Brock Lesnar his title match against Seth Rollins. Sting is scheduled to return soon but there’s no information available regarding his SummerSlam 2015 plans.

It should be noted that Vince McMahon has already planned out the top 6 matches for WrestleMania 32 and Sting & The Undertaker aren’t scheduled to face each other at the event.