9. Roman Reigns’ High School Football Coach Talks About How “The Big Dog” Is In Real Life

During an interview with Bleacher Report, Greg Seibert (Roman Reigns’ High School Football coach) talked about how the former 3 time WWE World Heavyweight Champion is in real life. Below are the highlights:

On Reigns branding his arm with “L” (for his real name “Leati”) by heating a coat hanger:
“I said ‘Whoa, you’re just a little bit different from everyone else. I’m going to put you in a position to hurt people, because you’re mad. You burned your own arm.’ He played with the mean streak you want a defensive player to have and had an electricity that made the people around him better.”

On realizing who Reigns’ father was:
“It wasn’t until a bit later until I realized that that was The Wild Samoan. That’s when it became real to me. That is not just fly-by-night, national armory wrestling family that’s hanging out at my football practice. That’s one of The Wild Samoans.”

On seeing Reigns for the first time ever on WWE TV:
“Oh, my God. There’s Joe Anoa’i. There’s the kid who used to lift weights in our weight room. The kid I tried to teach in class. He’s the kid I couldn’t get to behave.”

On Reigns’ loyalty:
“I know that Joe is playing a character. He’s fiercely loyal to the people that are loyal to him. If you’re hating Joe’s character on TV, then Joe and the WWE are winning. If you’re still turning on the TV to see what he’s going to do, then he’s done his job as it’s being asked to do.”

On not being surprised by Reigns’ success:
“Now, my man is diving over the top rope over people and getting hit with a chair and all of that. That can’t be that much worse than burning a big letter in your arm.”

Check the photos below to see the burned letter “L” on his right arm: 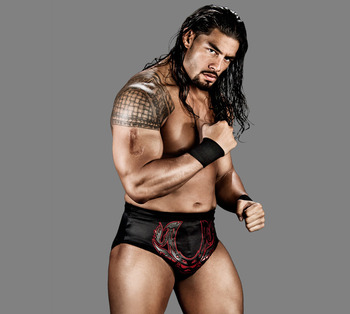 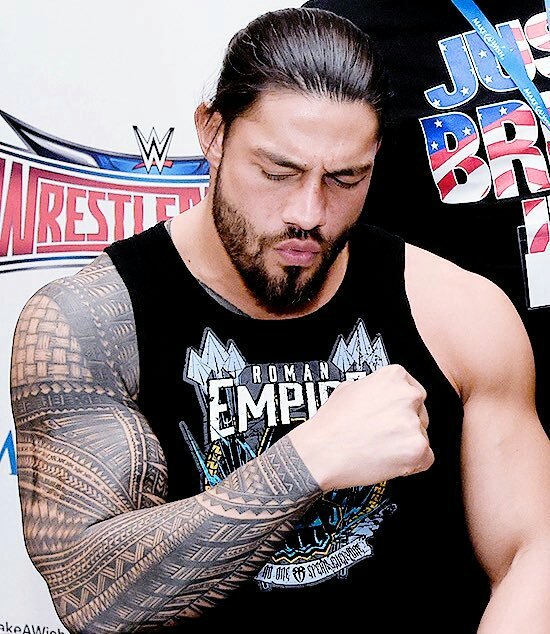