Former TNA Star Gunner (now being called Chad Lail) made his NXT debut at last night’s NXT Live Event in St. Petersburg, Florida. He lost to No Way Jose. Below is a photo of him from the event: 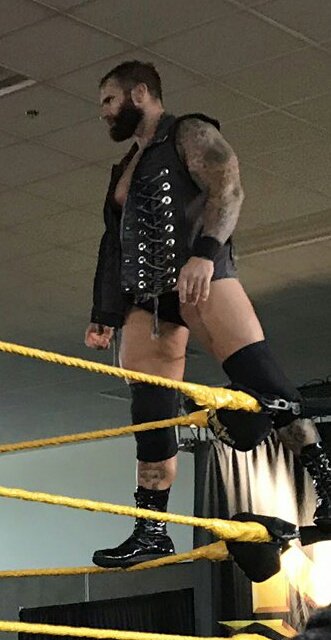 Gunner was considering retiring from Pro-Wrestling, but changed his mind when the offer from WWE came.

On this week’s episode of Talking Smack, United States Champion Kevin Owens was trying to explain the meaning of “Ron Burgundy’s definition of San Diego” (which AJ Styles called him on SmackDown Live).

WWE botched while trying to censor Owens during his explanation and you can watch it below: