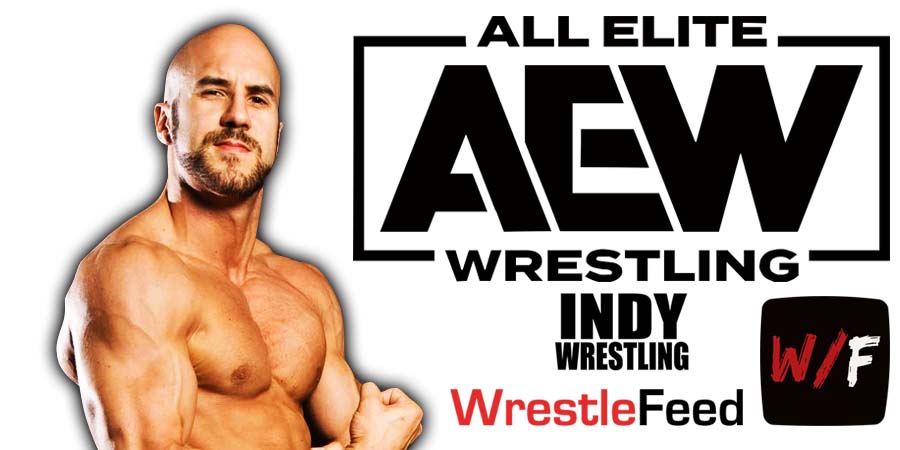 • Update On Cesaro’s Status Amid Rumors Of AEW Debut Tonight

On Wednesday’s Dynamite, Bryan said he has very high standards and the wrestler that he has chosen as his replacement will live up to his standards and the fans are going to be astounded by what he does in All Elite Wrestling.

There are rumors going on that Bryan’s replacement is expected to be former United States Champion Cesaro, who left the WWE earlier this year.

According to Fightful Select, Cesaro recently returned to training in the ring at Flatbacks Wrestling School in Orlando, which is owned by AEW wrestler Shawn Spears (fka Tye Dillinger in WWE) and former WWE wrestler Tyler Breeze.

While this doesn’t confirm anything, it does look like Cesaro is getting ready for an in-ring return.

Also Read: Possible Spoiler On Who Is Expected To Become The Inaugural AEW All-Atlantic Champion Tonight

Mark Jindrak was originally trained in the world famous “WCW Power Plant” wrestling school and had his official debut on WCW TV in the spring of 1999.

When World Championship Wrestling was sold to Vince McMahon, Jindrak was signed by the World Wrestling Federation and came in as a member of the WCW/ECW Alliance stable during the infamous Invasion storyline.

He wrestled for the WWF/WWE till the summer of 2005 and then made a name for himself in Mexico under the name Marco Corleone, a name that he is still using nowadays.