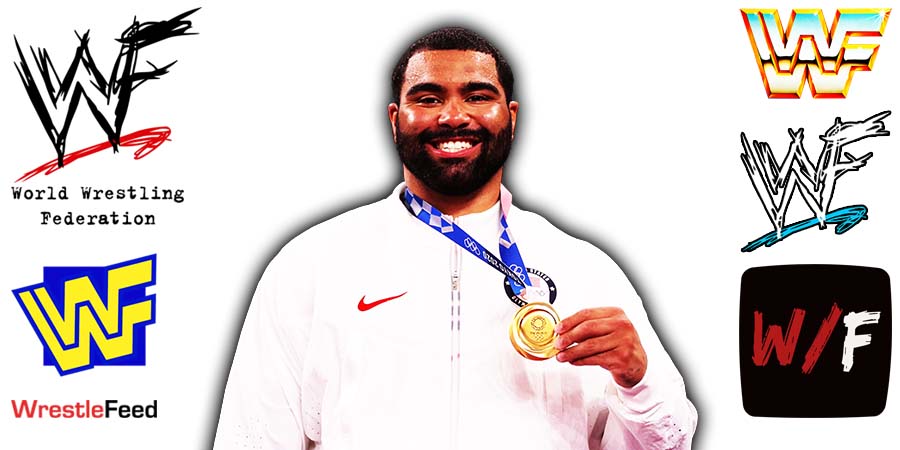 Olympic Gold Medalist Gable Steveson was drafted to RAW last year, but he hasn’t appeared as an official WWE Superstar since then.

During an interview with KSTP, Gable revealed that he is about to finish his commitments for his collegiate career. His final home match for the Gophers took place on Friday.

He will begin preparing for his WWE career soon.

“It might hit. You know, just because I’m getting my last matches, like, really wrestling before I go into the WWE so, it might hit different.

You never know, so, I mean, when that time comes, I walk out for the senior night and I get my hand raised for the last time, it might hit, you never know.”

The #Gophers are set for their regular season finale against the Buckeyes, as they will celebrate Senior Day to honor each of the three seniors for their careers in the Maroon & Gold! 〽️#GopherTough // #SkiUMah

There were some rumors that he will make his official WWE debut at WrestleMania 38. We’ll keep you updated.

– The Blue Blazer vs. Barry Horowitz