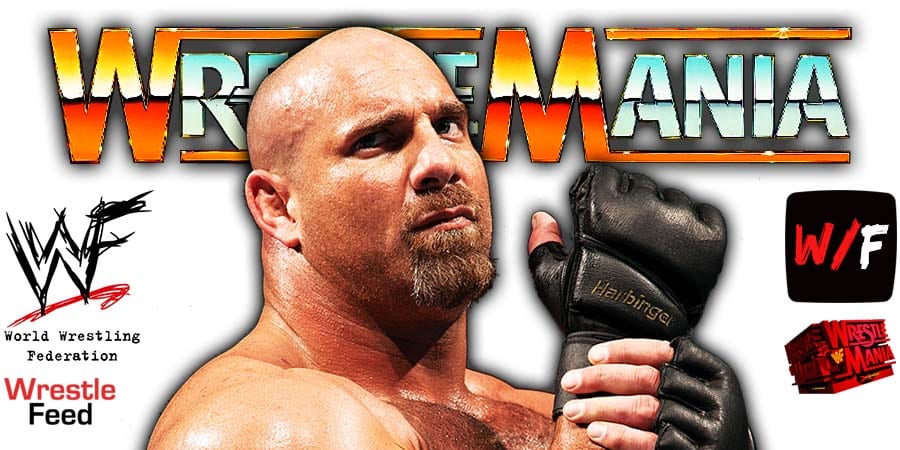 • Update On Goldberg’s Status Ahead Of WrestleMania 37

WWE Hall of Famer Goldberg is contracted to wrestle two matches per year in WWE till 2022.

He wrestled earlier this year at Royal Rumble 2021, where he lost to Drew McIntyre in a WWE Championship match.

He has one more match left for this year and it was originally scheduled to take place at WrestleMania 37.

However, Fightful Select is reporting that the plan for Goldberg to wrestle at WrestleMania 37 got cancelled in February.

Things haven’t changed since and there’s no plan for a surprise appearance by Goldberg this weekend.

WWE is saving Goldberg’s second match for a big PPV event later this year (like SummerSlam or Survivor Series) and he’s rumored to face Roman Reigns for a while now.