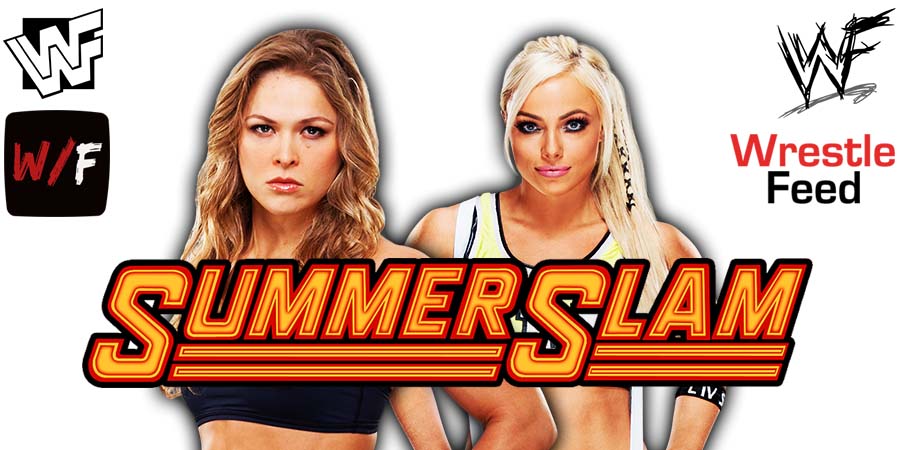 • Update On How Long Ronda Rousey’s WWE Suspension Will Last

WWE went on to suspend Rousey for her actions (which is a storyline). Below is what they posted:

“Following her attack on referee Dan Engler at SummerSlam, Ronda Rousey has been fined an undisclosed amount and will be suspended.

An irate Rousey attacked the official after her SmackDown Women’s Title Match, claiming he missed Liv Morgan tapping out to the Armbar while he counted the pinfall.

Due to her suspension, Rousey will not appear on this week’s Friday Night SmackDown.”

According to the Wrestling Observer, this suspension won’t last long because Rousey is scheduled to be a part of the Clash At The Castle premium live event on September 3rd in the UK:

“Not that long. I mean, she’s booked on the Cardiff show, so she’s going to be unsuspended at least before – it’s not going to be a month, put it that way because she’s got to be back for the pay-per-view show.”

It was broadcasted from the MCI Center in Washington, District of Columbia and featured pre-taped matches & storyline segments on the road to the ‘WWF SummerSlam 2001’ PPV.