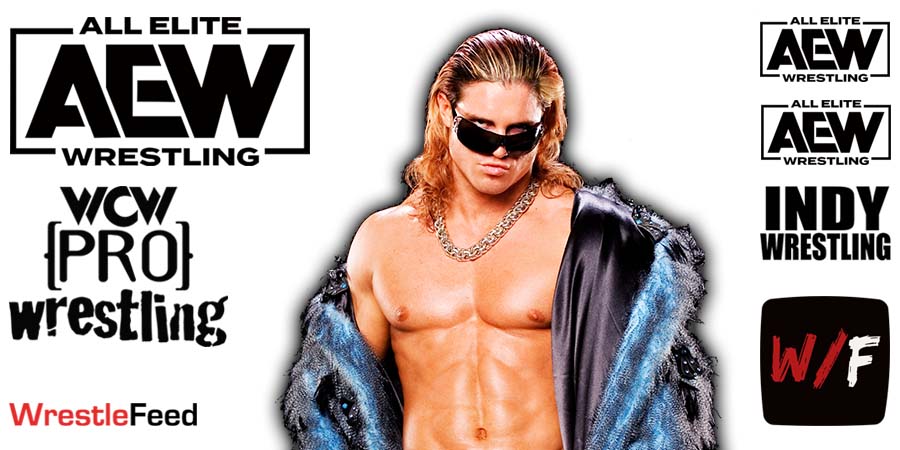 Former WWE Intercontinental Champion John Morrison made his debut in All Elite Wrestling on the May 18th episode of AEW Dynamite as Johnny Elite.

On that episode, he lost to Samoa Joe in the Owen Hart Foundation tournament.

Johnny later went on to pick up a win on AEW Dark on YouTube, where he defeated Marq Quen of Private Party.

He once again wrestled on Dynamite, last night, where he lost to the returning Miro (fka Rusev in WWE).

According to Fightful Select, Morrison still hasn’t signed a full-time deal with AEW and only appears for the promotion on a per-appearance basis.

The New Rockers vs. The Hardy Boys (From Superstars)

Promo By The Smoking Gunns And Sunny (From Superstars)

Photo Still Highlights Of Shawn Michaels vs. The British Bulldog (From In Your House)

Highlights Of The Ultimate Warrior vs. Goldust King Of The Ring Match (From Last Weeks Raw)

Highlights Of Vader vs. Ahmed Johnson King Of The Ring Match (From Last Weeks Raw)

Highlights Of Stone Cold Steve Austin vs. Savio Vega (From In Your House)

Highlights Of The Undertaker vs. Goldust (From In Your House)

Promo By The Undertaker & Paul Bearer

Can We Talk With The Following Question: Where Were You When The Lights Went Out At In Your House?